Yesterday budget agreement for next year just passed Congress, and it doesn’t have an extension of unemployment insurance. Senate Dems will take up the extension after the break, but it probably it won’t pass the GOP-controlled House.

I have often written about the Republican crusade for austerity, but the truth isn’t quite that simple. Austerity does, maddeningly, define the space of acceptable budget discourse; both parties are culturally trapped by it. However, real bone-deep austerians are entirely concerned with the budget deficit, and so don’t mind raising taxes in the service of more revenue.

But Republicans, unlike the UK’s Conservative Party for example, are almost totally intolerant of tax-side austerity. The obvious truth is that the GOP doesn’t care about the budget deficit even slightly, and instead wants to 1) cut benefits for the bottom half of the income distribution and 2) cut taxes on the rich. It’s top-down class warfare all the way down.

Now, this means that in effect Republicans are strongly pro-austerity, but the emphasis matters. Because when it comes between cutting the deficit and rolling back the safety net, Republicans will pick the latter every time. So grab your beret and scarf folks, because this is going to make you want to seize the means of production. 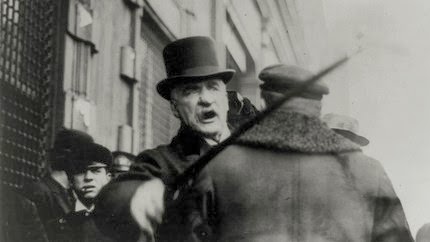 Back, you dogs!
1. North Carolina has been viciously savaging its unemployed, and the results are exactly what liberals predict. Back in July the state cut unemployment benefits from 99 weeks to 19, and reduced the weekly payout from $535 to $350. Here’s Evan Soltas on what happened next:

North Carolina’s labor force began to shrink. The state is experiencing the largest labor-force contraction it’s ever seen — 77,000 fewer people were working or searching for work this October than a year ago. To get unemployment insurance, you have to actively search for work and prove that you’re doing so. The drop in the labor force suggests that this incentive was effective. Without it, more people just give up.

This makes the refusal to extend UI even more infuriating. We now have unequivocal results from this horribly unethical experiment, obtained at great human cost, so what do we do next? Why, swingeing cuts to unemployment benefits for the other 49 states, duh!

2. Meanwhile, the ultra-wealthy are shirking stupendous quantities of inheritance taxes through financial chicanery. The numbers are in the $100 billion per year range. A Bloomberg report laughably calls these tax loopholes “accidental,” but the truth is Republicans love stuff like this. Any effort to sic the IRS on these people would never, ever pass this House — that’s punishing success, remember? Here’s one example in the form of Sheldon Adelson:

By shuffling his company stock in and out of more than 30 trusts, he’s given at least $7.9 billion to his heirs while legally avoiding about $2.8 billion in U.S. gift taxes since 2010, according to calculations based on data in Adelson’s U.S. Securities and Exchange Commission filings.

Nothing says “American Dream” like a supra-national landed aristocracy, am I right?

3. Word is the new farm bill is going to cut $8 billion more from food stamps. This comes from a WSJ report. It’s worth noting that this is a longstanding bipartisan failure. The major villains today are all Republicans — the House bill cut $40 billion from food stamps — but even the Democratic ask on the Senate side still cut $4 billion. After the cuts that have already gone through, mass starvation is a real possibility.

4. This Georgia Republican says poor kids should sweep floors for their lunch. Via Josh Israel, Rep. Jack Kingston, who is running for a Georgia Senate seat next year, said this:

But one of the things I’ve talked to the secretary of agriculture about: Why don’t you have the kids pay a dime, pay a nickel to instill in them that there is, in fact, no such thing as a free lunch? Or maybe sweep the floor of the cafeteria…I understand that it would probably lose you money. But think what we would gain as a society in getting people — getting the myth out of their head that there is such a thing as a free lunch

Hard to know how he reconciles this supposed “myth” of a free lunch when he is speaking about a literal free lunch program. I guess free lunches really are a myth after you snatch them out of the mouths of hungry children, or make them polish your riding boots before they get anything.

As Greg wrote yesterday, it’s easy to see why inequality is such a popular issue these days, and will only become more so as anti-poor austerity continues to bite. Democrats ought to keep that in mind.