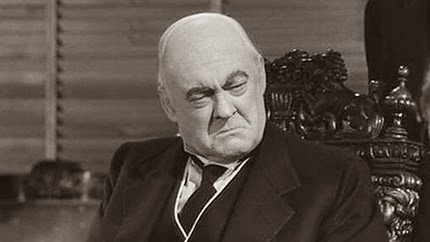 Well, how else are we going to make budget headroom for tax cuts at the top?

With conservatives’ bitter hatred for any government spending on the lower 80 percent or so of the income ladder, and the public’s approval of Congress falling into the single digits, one could be forgiven for thinking that regular people aren’t too concerned with unemployment insurance.

But a small set of polls from PPP shows that is not exactly the case. They took some measurements in four Republican-held swing districts, as well as John Boehner’s district. Here’s what they found: 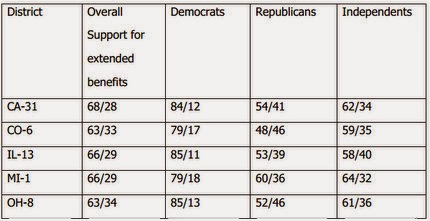 The upshot: cutting UI at this time is tremendously unpopular—even Republicans support it across the board in these districts. George Zornick, filling in for Greg at the Plum Line, adds some important context:

A common rejoinder to such polling data is that perhaps voters will not prioritize the issue when casting a ballot next fall — but PPP also asked if a failure to extend long-term unemployment benefits would make voters less likely to reelect the incumbent. In each district the answer was yes.

Now, it’s impossible to say what this will actually mean in concrete terms come election day. But it does track with my own personal experience talking to fiscally conservative people online and elsewhere.

Most people seem to have a vague sense, built both of endless conservative carping about government waste and VSP pearl-clutching about the deficit, that the federal budget is just riddled with generous benefits for the poors. When I bring up actual budget cuts to food stamps or unemployment benefits, people wave their hands and say “well, of course we shouldn’t cut that, I’m talking about the real waste.” The truth, of course, is that America’s welfare state is a stingy as it gets in the industrialized world—and shoot, even places like Mexico are rapidly gaining on us these days.

But even this very threadbare safety net makes a huge difference. Compared to the desperate politics of the 30s, when millions faced real starvation, there is little fervent or organized opposition to the austerity movement. In other words, the very existence of the safety net is a large part of what enables the austerity fetish among the conservative and “centrist” elite.

But Congress, largely but not entirely at Republicans’ behest, have cut all the way through the muscle of the safety net in many places, and are busy sawing into the bone. They cut food stamps by $5 billion, and are busily negotiating $8 billion more. Unemployment insurance is about to get slashed.

Organizing is always hardest among those with no money and no position. But few things focus the mind like total deprivation. The politics of true desperation, what crushed Hoover in 1932, may be what it takes to break the elite’s austerity mindset.