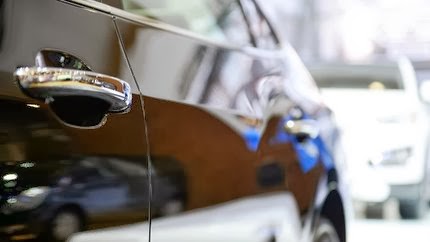 Aaron Weiner had quite a social media get over this piece coining the phrase “Ubertarian,” lampooning the deregulating, density and affordable housing advocates who just looove their black car service, and fixing such people into the urban constellation as just one more breed of NIMBY hypocrites.

And there surely are such people. But in the crush to stick these folks into the NIMBY box, I think Weiner misses a more serious problem.

Now, I’ll have to confess to having a few of the Ubertarian attitudes, but for the record while I do have Uber on my phone I have, Scout’s honor, only used it once, to call a cab for a friend who needed an early morning ride. Personally, I dislike personal cab service of any kind. I much prefer walking, which allows me to set aside time both for exercise and listening to audiobooks, one of my favorite things to do.

In any case, special pleading aside, I think Matt Yglesias has basically the right idea on the merits:

The right way to think about this panoply of rules is that it’s all part of a regulatory structure designed to make single passenger automobile traffic and one-car-per-adult the normative American lifestyles. Anything you want to do around driving yourself is presumptively legal, and anything you want to do around hiring someone else to drive you is presumptively illegal. That’s a worldview that’s bad for the environment, bad for cities, bad for the poor, bad for many classes of physically impaired people, and all-in-all bad for America. But by all means, regulate cars-for-hire. Just regulate them the same way you regulate the other cars.

I wouldn’t go quite so far as Yglesias here—I’m willing to concede that some kind of license system might be worth setting up—but the point about the normative effect here is spot on. What people really object to when it comes to Uber and regulations is them being regulated out of existence. Some regulatory regime that was actually based around safety, with a straightforward process for obtaining a driving permit, would be easily workable. But that’s clearly not how this has played out so far.

And why is that? Well, part of the reason might be laid on the Ubertarian mindset, but not in the way Weiner describes. Because I think the real problem with Ubertarians isn’t NIMBY hypocrisy, it’s lack of on-the-ground commitment. Here’s Weiner:

They hate meddlesome neighbors, but will eagerly meddle themselves when riled up. The local Advisory Neighborhood Commission is opposing new development in the neighborhoods? Myopic NIMBYs! they cry. What’s that? A liquor license moratorium is up for consideration? Time to pay their first visit to the ANC, and start an online petition while they’re at it.

If anything, Ubertarians I know have the opposite problem. They’ve got their set of urban policy principles, but can’t be arsed to show up to the community and city council meetings that actually decide things. I’ll cop to that, no question. (And wait, are these people for or against the moratorium?)

Now, as such a hypocrite, I’m not going to morally condemn my fellows for such behavior. (Don’t have time, etc etc.) But I’d say if you’re going to mock the new high-density walkable urbanism advocates, that’s a better place to aim the torpedoes.