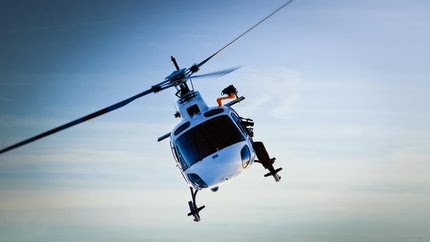 No place to land yet, lads!
National Affairs, the hefty matte-finish ideas magazine of the right, has a couple bracingly reformist articles in its new issue. The first, by Michael Gerson and Peter Wehner, lays out a largely theoretical and historical case for a more pragmatic conservative agenda. The second, by Michael Strain, outlines a conservative jobs agenda.

Now, given the current ideological climate on the right, I think these are a pretty worthy and impressive pair of articles (I would bump up my reformist “score” for Yuval Levin, the editor of National Affairs, by several notches). The Strain one in particular has several no-really sensible policies, and is remarkably bold in attacking conservative economic dogma. And, of course, it’s great to see anyone in a position of influence challenging conservative orthodoxy in a positive direction.

However, both the articles refrain from taking the boldest action of all: straightforward analysis of actual on-the-ground policy. Jonathan Chait describes this well:

In a sense, this is the damage done by the combination of President Obama’s moderation and instinct for compromise, and Republicans’ preposterous imaginary version of same. In an effort to reach moderate Republicans and obtain a Grand Bargain, Obama has reached ever-further right on policy. But since Republican beliefs about the president are based in reactionary, deep-seated cultural anxiety, all he has succeeded in doing is accidentally claiming nearly the entire sane policy spectrum for the Democrats.

Therefore, both these articles will be politely acknowledged at best, and none of their actually useful policies (infrastructure investment, monetary stimulus) will be advocated by Republican policymakers. Until 2016 at least, by far the most important action for every conservative politician and pundit will be snarling resistance to every aspect of the Democratic agenda, which at this point includes the lot of actually effective macroeconomic policy.

Evidence of this can be found by coverage of the Strain piece by Jon Hayward over at Red State, which slides uncomfortably past the basic economic analysis to gleeful obsession over the supply-side parts where he gets to blame the unemployed:

We are emphatically not allowed to speculate that some measure of our chronic unemployment problem is due to unemployed persons exhibiting something less than unstoppable zeal in their quest to find work…Would more people push harder to find employment if there was a cash incentive for doing so? More to the point, would that make a difference for a lot of unemployed people?

Liberal economic theories always underestimate the power of incentives at the margins…If a proposal such as Strain’s “modest cash bonus” and monthly unemployment payments had a significant beneficial effect on the job market, the resulting shockwave would be devastating for liberal dogma, which treats unemployment as entirely a product of private-sector corporations failing to offer enough jobs…

The Left becomes very angry when confronted with the idea that some measure of blame for our long, grinding unemployment nightmare comes from the labor supply… Another proposal for fine-tuning employment at the margins comes in the form of a “sub-minimum wage”…

The basic analytical error here is ignoring the idea of aggregate demand. “Reforms” on labor supply might help some individual people get a job somewhat faster, but they won’t increase the total number of jobs. If the problem is unemployed people who won’t get off their hind ends to hustle for work (“structural” unemployment), then you would expect to see persistent vacancies and rising wages in some industries due to a skills mismatch between job openings and the unemployed. This is what you find in countries like South Africa which really do have massive structural unemployment.

But in the US, we don’t see anything like this. Employment is down across the board (with a few tiny exceptions, like North Dakota) and job seekers outnumber job openings 3-1. There just aren’t enough jobs. This realization: that otherwise well-qualified people who are trying their level best to find work and can’t do it, leads you inexorably to a basically Keynesian view of depressions. The problem is not enough spending, and the solution is more spending. Private, public, doesn’t matter, “You just fling resources in the general vicinity of the problem.”

The vast majority of conservatives, needless to say, refuse to believe this, and their supply-side tinkering is just not even close to big enough to make a dent in unemployment even if all their ideas are right. Because when you add up the damage five years of economic slack to America, as Brad DeLong has done, it is an almost inconceivable amount:

The US economy’s annual per capita underperformance in 2014 will thus amount to $9,000. That means $9,000 per person per year in consumer durables not purchased, vacations not taken, investments not made, and so forth. By the end of 2014, the cumulative per capita waste from the crisis and its aftermath will total roughly $60,000.

If we project that forward – with nothing visible to restore the US to its pre-2008 growth path – at the annual real discount rate of 6% that we apply to equity earnings, the future costs are $150,000 per capita. If we use the 1.6% annual real discount rate at which the US Treasury can borrow via 30-year inflation-protected Treasuries, the future per capita costs are $550,000. And if we combine the costs of idle workers and capital during the downturn and the harm done to the US economy’s future growth path, the losses reach 3.5-10 years of total output.

That is a higher share of America’s productive capabilities than the Great Depression subtracted – and the US economy is 16 times larger than it was in 1928 (5.5 times larger in per capita terms). So, unless something – and it will need to be something major – returns the US to its pre-2008 growth trajectory, future economic historians will not regard the Great Depression as the worst business-cycle disaster of the industrial age. It is we who are living in their worst case.

Whether a more left-wing President Obama might have given Republicans room to stake out some “conservative” flavored economic policy is an open question. There are some deep reasons to suspect they would have gone all-in on Mellonite liquidationism anyway. But in any case, one thing is clear: Republican economic reformists are going to be stuck on the margins, probably until the next Republican president.