I recently gave an interview (see here or here) to Evan Juska of The Climate Group, an environmental activist organization concerned about climate change. They were interested in the implications of my book for climate change politics. 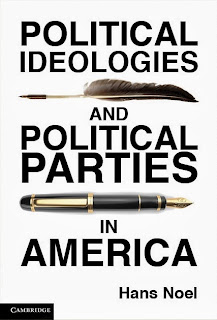 First, although I’m sure they could do better than to focus on my work, it’s fun to see an organization looking outside their own policy area for lessons in how politics might work.

I don’t want to make the case here that polarization isn’t that bad, although I’m not sure exactly how bad it is. But however bad polarization is, ideological conflict is here, and I don’t know anyone who thinks it is going away soon. So solutions that involve everyone just realizing that they need to “get beyond” their disagreements are probably not going to be very helpful.

Bottom line: People disagree. Sometimes forcefully. And they always have. Anyone who thinks that today is the most contentious time in American history should be reminded that Sen. Charles Sumner was beaten unconscious on the floor of the U.S. Senate in 1856.

What is more, that’s what democracy is about (the disagreement, not the beatings). It’s easy to believe that your policy goals are best for the country, and your opposition is just some special interest trying to undermine everything. But that’s what they think about you. Democracy is designed to give all sides a voice. So there will be conflict. Parties don’t create that conflict, but they do manage it, organizing it, sometimes suppressing it and sometimes amplifying it.

The problem with ideological polarization, of course, is that you have two well-organized coalitions that are always trying to stop other. That’s a recipe for obstruction. But that’s a problem the founders designed for us. At any rate, it’s not clear that you can beat the system by pretending that your opponents are not also playing the same game.