In general, I’m sort of ambivalent about the University of California’s decision to hire former Homeland Security Secretary Janet Napolitano as its president. The trends impacting the university system (declining state funding, increasing administrative costs, changing state demographics) are probably so strong that her impact and ability to fix things will be pretty limited.

But sometimes her perspective is rather refreshing. Her latest comments come in reaction to the ambiguous plans of California Governor Jerry Brown to improve the state’s public universities through impersonal, computer-based college.

At the most recent meeting of the UC Board of Regents he apparently argued that the university system’s administration needed to develop “online education requiring no human interaction whatsoever.” As he put it, what he wanted was “a pure online course that, once it’s in the can, it’s almost perpetual motion.”

Man, if only we could run the state budget like that, too.

That’s not really going to work, protests Napolitano. According to an article in the Los Angeles Times:

Asked by PPIC President Mark Baldassare about UC initiatives in the online space, Napolitano moved promptly to separate fact from fantasy. She called the development of online courses merely “a tool for the toolbox.”

For higher education, she said, “It’s not a silver bullet, the way it was originally portrayed to be. It’s a lot harder than it looks, and by the way if you do it right it doesn’t save all that much money, because you still have to have an opportunity for students to interact with either a teaching assistant or an assistant professor or a professor at some level.” 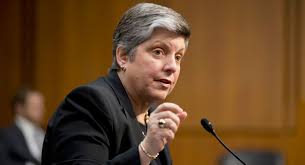 Online probably isn’t going to be a revolution here. At least not as far as cost goes.

As for preparing the courses, “if they’re really going to be top-quality, that’s an investment as well.” Taking aim at the dream that online learning might be most useful for students needing help in remedial courses in subjects like English and math, Napolitano said: “I think that’s false; those students need the teacher in the classroom working with them.”

This is a good point. So much of the discussion about how well online education can work is based on theoretical ideas about people learning just as well from their laptops in their underwear. It’s just the delivery system! Why do students need to pay $33,000 a year to sit in a classroom?

Well, because college isn’t just a delivery of a lecture. Actual learning is much more complicated that that, and usually requires people to be in a classroom. What’s more, the sort of online education that really does work is very pricey, and mostly works well in conjunction with real interaction.

This isn’t to say that online education isn’t going to happen, and isn’t, indeed, going to grow a great deal in the future. But listen, it’s just not going to take over the large public state university. That’s just not what the public university does. It is not an alternative form of education. It is traditional education, and that’s what it’s going to continue to be.

Most of higher education will probably remain just as it’s always been, only with a few new gadgets, just as they’ve always been adding for as long as they’ve been around.

This is, as the article points out, exactly the opposite of what California Gov. Jerry Brown proposes, which is basically that we can greatly improve education attainment in California, and on the cheap, through online courses.

Not really, says Napolitano. Education is hard. And it’s expensive. It’s going to continue to be expensive, no matter who pays the cost.

It’s time to be honest about this.