Recently Cooper Union, the New York City college that didn’t charge tuition, decided after a series of bad financial and real estate decisions over the last decade or so (and constructing flashy buildings like that thing, below), to give up and start charging kids to learn.

Founder Peter Cooper said the school should be as “free as air and water” when he helped create the institution back in 1859. 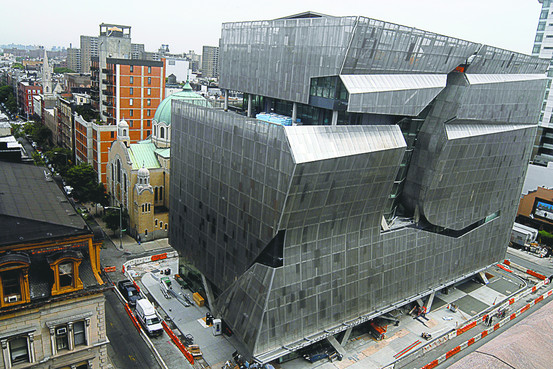 Charging tuition is, of course, what almost all colleges in America do, but it represented a dramatic change for the historically alternative school. What happened? Well, to no one’s surprise, applications are way down.

According to the school:

The Cooper Union has admitted 373 first year students to the class that will enter in the fall. These include 69 students in art, 28 in architecture, and 276 in engineering. The number of applications overall dropped this year, as had been anticipated. The 2,537 received represents a drop of 20.5 percent from last year’s 3,193.

For the first year, the school plans to charge students approximately $20,000 to attend the school.

The college, anticipating a yield (the percent of admitted students who enroll) drop from 50 to 45 percent, admitted more students this year than it did in prior admissions cycles. According to the school “the admitted cohort appears fully comparable in its talents and accomplishments to earlier classes.”

Will this decline in admissions continue, however? How long can the school maintain “fully comparable in its talents and accomplishments,” now that the school is a lot less attractive to attend? We shall see.