Businessweek reports that one more bank, this time CIT Group Inc., has agreed to sell its student lending business. Nelnet Inc. the Lincoln, Nebraska-based debt company that administers education loans, will buy CIT’s student loan business for about about $1.1 billion. 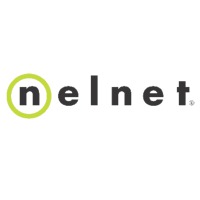 This appears to be part of a trend. Chase got rid of its student loan business in 2010. U.S. Bancorp got out in 2012. And now CIT will leave, too. Wells Fargo is the only major commercial bank that still deals in student loans.

Why are so many banks exiting the student loan business? One reason might be that legislation in the last decade or so has made it a little harder to make money off of students, and a little easier for students to assert their own rights.

In theory student loans were a pretty good business for commercial banks. Borrowers couldn’t discharge the loans in bankruptcy, the interest rates were just as good as cars and mortgages, and family members with good credit often cosign them.

America’s big banks played an important role in the early 2000s, because of the robust market for securities backed by student loans. By 2008 banks made more than $20 billion in student loans. But the financial crisis of 2008, which brought about the Great Recession, dried up the market for student-loan backed securities, according to a 2013 piece in the Charlotte Observer.

And then in 2010 the government ended bank programs for federal loans, and started issuing the loans directly, a move that the Congressional Budget Office estimated would save $61 billion over 10 years.

Today more than 90 percent of student loans come from the federal government.

Over the last four years banks have been leaving the student loan industry, as federal regulation has placed more scrutiny on loan issuers and helped to make students more aware of their rights.

Other organizations (like Nelnet) still issue private education loans, of course, but now that the banks don’t service federal loans, maybe this is not looking like such a secure model anymore.