Unbundled! Revolution! Disruptive technology! For the last decade or so education futurists have been predicting radical changes to the structure of American colleges as a result of advances in technology.

While certainly students use more new and innovate gadgets in college —indeed, many of these gadgets are a crucial part of their courses—the revolution hasn’t really happened. The basic structure of college, and its pricing, remains unchanged.

As Benjamin Winterhalter puts it in a piece at the Atlantic, technology is mostly just “helping out” in real classes:

Ever since MOOCs [Massive Open Online Courses] debuted, they’ve been an object of concern for many college professors. In a letter published in The Chronicle of Higher Education, the philosophy faculty of San JosÃ© State University described the MOOC as a “serious compromise of quality of education.” They feared that MOOCs would come to be seen as replacements for flesh-and-blood teachers. Soon, they warned, there would be no classrooms, only technological simulacra managed by teaching assistants, with all the rewards flowing to a handful of private corporations.

It’s not clear, though, whether MOOCs can ever really democratize the Ivy League. After all, what makes Harvard Harvard is not what its graduates know; it’s the ultra-strict admissions standards, the gilt-edged brand. An avid MOOC-taker can spend four years taking the most challenging classes that Harvard and MIT have to offer—and can totally excel at them—and still come away with nothing more than a pile of certificates.

And it appears that most people involved in American universities understand this. But that doesn’t mean MOOCs are irrelevant, or a mere fad like radio college. 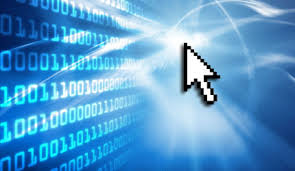 According to Robert Lue, faculty director at HarvardX, the question is not whether HarvardX’s MOOCs will replace Harvard, but how to incorporate the insights from the MOOC revolution back into the traditional classroom. So far, the main lesson seems to be that old-school practices are badly in need of an update. The buzzwords here include “blended learning” and “flipped classrooms,” which refer to the integration of online content and the restructuring of the lecture-then-exam model of teaching.

According to the article, the most important innovation of MOOCs might be that they can give students immediate feedback about how they’re learning: “providing students with feedback in real-time has a big impact on how much they retain.”

It’s possible online learning isn’t going to undermine anything. It’s just going to be another form of technology used in the classroom. Like the whiteboard, or the blackboard, or the calculator, or lined paper. Sometimes it works better to watch a YouTube lecture at home before class. Sometimes it makes sense to watch something extra it after. What’s happening here is that this thing just supplements real education. And that’s a wonderful thing, because it can make education a lot more effective.

But, at least in America, online isn’t going to undermine anything, it’s just going to help out a little.