During his three-decade career, Converse authored foundational works across political behavior. But for me, he would be a giant with only one article. In 1964, Converse published The Nature of Belief Systems in Mass Publics in an edited volume no less. John Zaller describes his Nature and Origins of Mass Opinion, itself seminal, as “essentially a synthesis and extension” of this and another of Converse’s early papers. My own more modest book takes Converse as a jumping off point as well.

It’s safe to say that a large part of modern public opinion research is an extension of Converse’s work, and largely that one 1964 piece.

“Converse ’64,” as most political scientists would call it, relied on survey data of Americans. He laid out a number of insights about ideology (Converse preferred the term “belief system”) that are still underappreciated even today. Among the article’s insights: 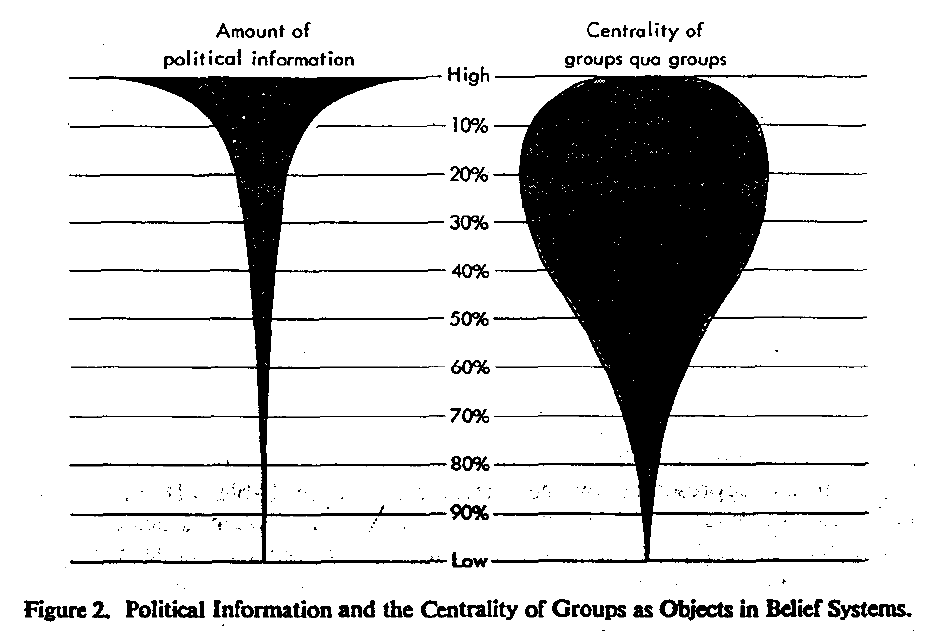 There is more to the argument than these points, but they go a long way. And some things have changed. Probably more people are ideological now than in the 1960s, and the groups that matter have changed. Then, Protestant vs. Catholic was important. Now, it’s religious vs. secular. And the terminology we use now is more refined. We have made progress on how to understand public opinion in the last 50 years.

But if part of the mission of blogs like Mischiefs of Faction or The Monkey Cage (or this paper) is to communicate to journalists and other politicos some of the bedrock things that political scientists know, a lot of those things were outlined by Converse in 1964.

I had the pleasure of having lunch with Phil Converse while I was at Michigan in 2008-2010. We had a fun and (for me) very informative conversation. He then agreed to read a draft of some work that ended up being my book on ideology. He was very encouraging and liked the project, as I suppose he should have. After all, my research agenda was perhaps first described in … Converse ’64:

The second source of social constraint [the first was interests] lies in two simple facts about the creation and diffusion of belief systems: First, the shaping of belief systems of any range into apparently logical wholes that are credible to large numbers of people is an act of creative synthesis characteristic of only a miniscule proportion of any population. Second, to the extent that multiple idea-elements of a belief system are socially diffused from such creative sources, they tend to be diffused as “packages,” which consumers come to see as “natural” wholes, for they are presented in such terms (“If you believe this, then you will also believe that, for it follows in such-and-such ways”). (Converse 1964, p. 211)

This is how ideology works. And we were told about it fifty years ago.