Although it’s not likely to go anywhere in this Republican Congress, it’s important to point out that President Obama’s budget for FY2016 eliminates the sequester cuts.

In the United States we’ve pretty much forgotten about Ebola. That means that most people will fail to notice that there have been fewer than 100 new confirmed cases reported in a week in the 3 most-affected countries: Guinea, Liberia, and Sierra Leone.

I usually try to ignore the idiotic things people say on right wing radio and Fox News. But this guy’s response to a female caller with bipolar disorder seemed the very definition of sociopathic to me – i.e., “lacking in a sense of moral responsibility or social conscience.” I think things are going to get very ugly as Republicans ramp up their efforts against the Social Security Disability Program.

German Lopez points out that the 3 deadliest drugs in America are all totally legal. Notice the big goose egg above marijuana in this chart. 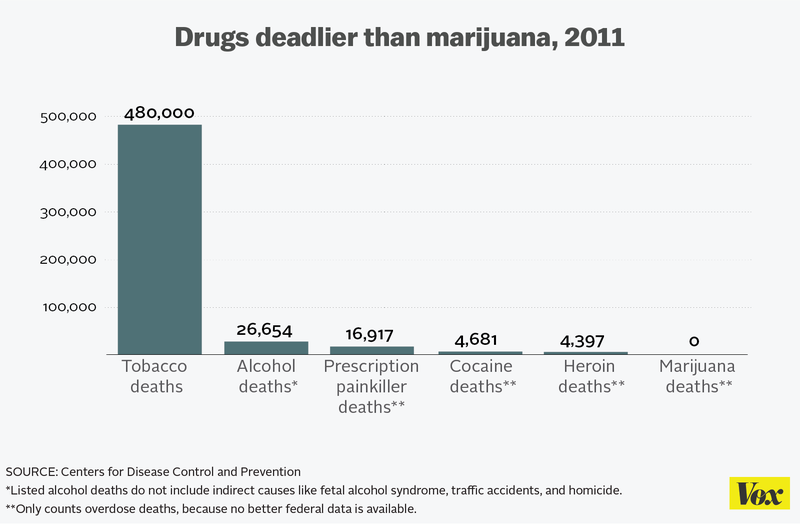 Charles Pierce does an excellent job of separating out the “half right” and “half wrong” in Jim Webb’s suggestions for what the Democratic Party needs to do.

Finally, years ago I went to hear Gladys Knight (sans Pips) at a small intimate theater. My friend who went with me had just signed her divorce papers that very day. And so there were no dry eyes when Gladys finished this song. It’s yet another example of really hearing a song for the first time because of “Diva Soul.”