The disparity in American education quality is well known. Researchers and journalists have written extensively about gaps in funding, grades, discipline, graduation, college attendance, and reading and math scores on standardized examinations. It turns out there’s another one: extracurricular activity.

Students from poor families just get less exercise in school and participate in fewer clubs, than students from more affluent backgrounds. According to an article over at the Atlantic, a new study examined,

…Trends in extracurricular participation among kids in the U.S. from the 1970s until today through long-term data and conversations with 120 young adults across the country.

They found something disturbing:

Income-based differences in extracurricular participation are on the rise, and these differences greatly affect later outcomes. This disparity exacerbates the already-growing income achievement gap that has kept poor children behind in school and later in life. While upper- and middle-class students have become more active in school clubs and sports teams over the past four decades, their working-class peers “have become increasingly disengaged and disconnected,” particularly since their participation rates started plummeting in the ’90s, the study found.

It turns out this has been going for decades. 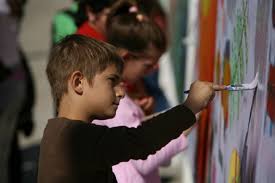 Sports followed a similar trend, though by 1992 only 30 percent of poor kids played sports. A decade later, in 2002, they were down to only 25 percent.

There’s a very obvious reason for this: the sanctions for schools are serious, so schools with lower achieving students naturally have to use all the precious time they have to try and get students performing better. And that means spending a lot of time on teaching standard academic subjects, and cutting out things that aren’t tested (but are expensive) like art, music, clubs and, it turns out, some sports.

The problem with this is that physical education and involvement in clubs actually helps students perform better in school. If students don’t get any activity during that day, and don’t get to explore any outside interests they might want to develop, they’re less focused and more stressed out, not to mention ultimately less healthy, and more unhappy (because they don’t have an opportunity to succeed on their own and develop and explore new topics).

This is what is known as an unintended consequence of more testing and evaluation. Reversing this is going to be pretty hard for schools and policymakers to work on.