And then there was the time Oklahoma just decided that it wasn’t going to teach Advanced Placement History anymore because it turns out AP History is too liberal.

According to a piece by Caitlin MacNeal at Talking Points Memo:

An Oklahoma House committee on Monday approved a bill taking aim at the new AP U.S. History framework, which conservatives have decried as unpatriotic and negative, the Tulsa World reported.

State Rep. Dan Fisher (R) introduced a bill at the beginning of the month that keeps the state from funding AP U.S. History unless the College Board changes the curriculum. The bill also orders the state Department of Education to establish a U.S. History program that would replace the AP course.

Fisher said that he was concerned because he thinks AP History is too focused on “what is bad about America.” While really all history is a catalogue of things that are bad—someone of some group got angry about something, and so they had a war; someone got angry about some perceived injustice, and so they had a revolution—this apparently comes as part of general conservative concern with AP U.S. Last year the Republican National Committee condemned the new course examination because,

The College Board (a private organization unaccountable to the public) …. Framework…. reflects a radically revisions view of American history that emphasizes negative aspect of our nation’s history while omitting or minimizing positive aspects. 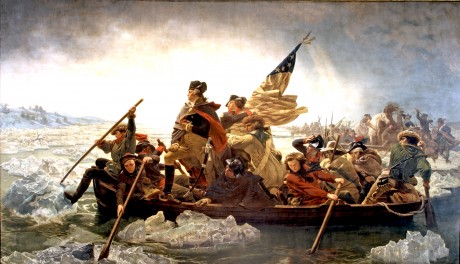 It’s unlikely this tactic is going to work. Oklahoma is not California or Texas. It doesn’t have enough students for the market share to be important to College Board, which administers the AP tests.

But in attacking the College Board the RNC, and Oklahoma are sort of missing what the AP History exam is for. It’s written in collaboration with college professors to reflect the course material in introductory college courses in U.S. history.

The reason to offer AP History is so that students can take and pass the AP History examination and then not have to take introductory history classes when the get to college. All that you’re doing by not letting students take the AP History course is forcing them to pay money to take large survey courses when they get to the University of Oklahoma or Oklahoma State.

This is not a good way to go out and show that you’re standing up for rah-rah America white men on horseback killing Injuns and the Brits history.

You’re not saving them from anything; they’re either going to take the AP History course or take the (no doubt even more liberal) expensive survey course once they get to college. Either way they’re not learning the “positive aspects” history you want them to learn.