Steve Benen is the only pundit I’ve seen who asked and answered the question about why President Obama stopped in Jamaica on his way to the Summit of the Americas in Panama.

We are, of course, far removed from a Cold War environment in which two global superpowers battled for influence and alliances around the globe, but the broader dynamic is not dissimilar – it’s clear that China sees itself as a 21st-century power, and it’s eager to make inroads just about everywhere, including the Caribbean.

This is a part of American foreign policy that isn’t often discussed, which Republicans tend to ignore, and which the White House cares deeply about in a very quiet way.

Indeed, this came up in January, when Obama made a high-profile return visit to India, which has long been friendly with Russia, but which is now looking for a new friendly superpower to hang out with. As Politico noted at the time, Obama would like the United States, not China, to be that friend: “As part of that strategy and [in] an effort to counterbalance China, Obama has looked to bolster India – which is on course to overtake China as the world’s most populous nation – to make sure China has a strong rival in the region.”

I suspect the U.S. president was thinking along similar lines when he agreed to visit Jamaica. The Caribbean has a new suitor, and the White House very likely wants to remind Jamaicans and others of the United States’ longstanding ties to the region.

That makes sense to me.

But just for fun, I thought I’d also point out that his trip included this: 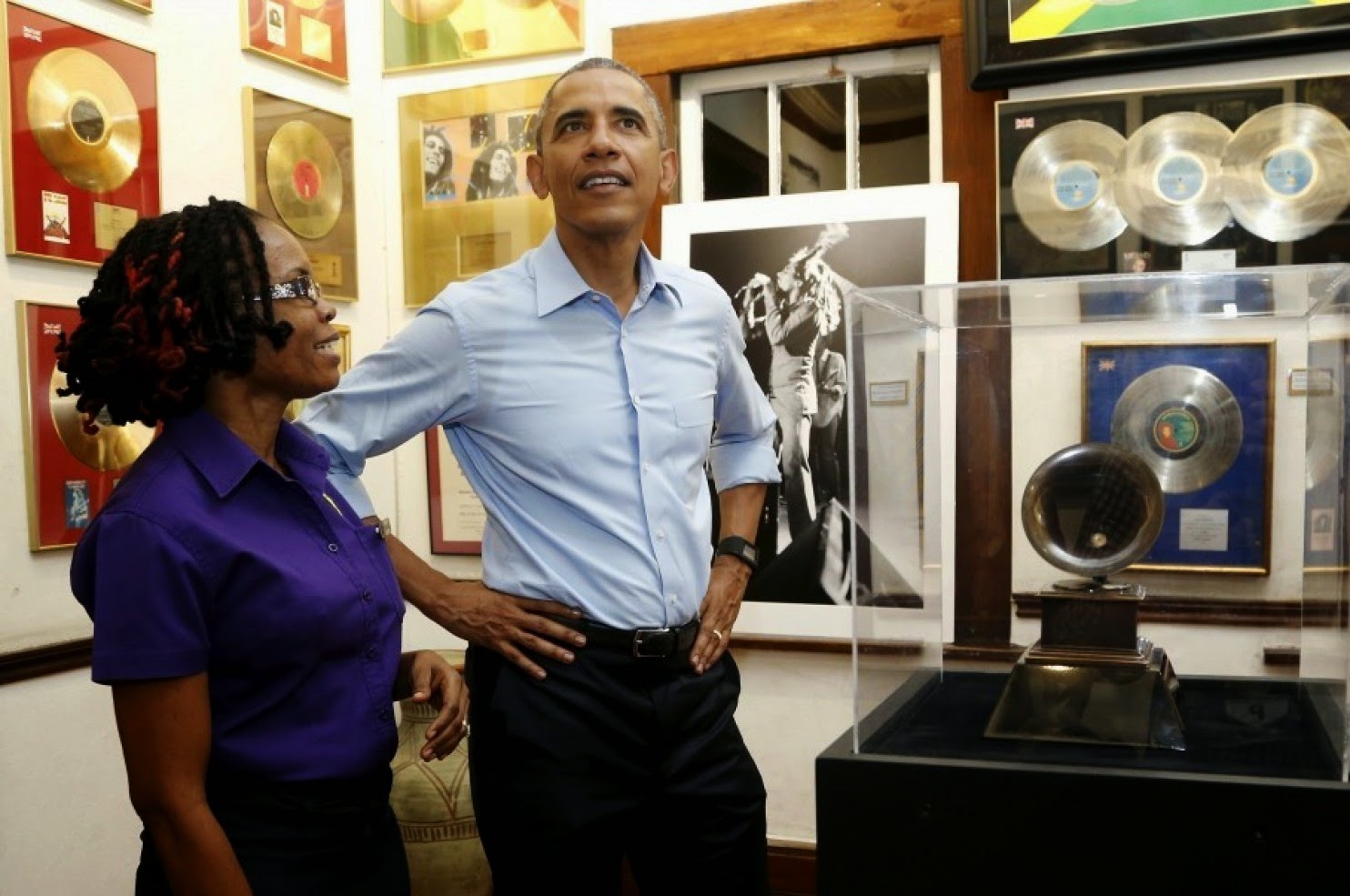 KINGSTON, Jamaica — President Obama, who arrived here Wednesday evening for a meeting with Caribbean leaders, made an unscheduled nighttime visit to the Bob Marley Museum.

“I still have all the albums,” Obama, in rolled up shirtsleeves, told museum guide Natasha Clark, as he toured the home in central Kingston where the Jamaican reggae great lived from 1975 until his death in 1981.

There’s nothing wrong with mixing a little business with pleasure.