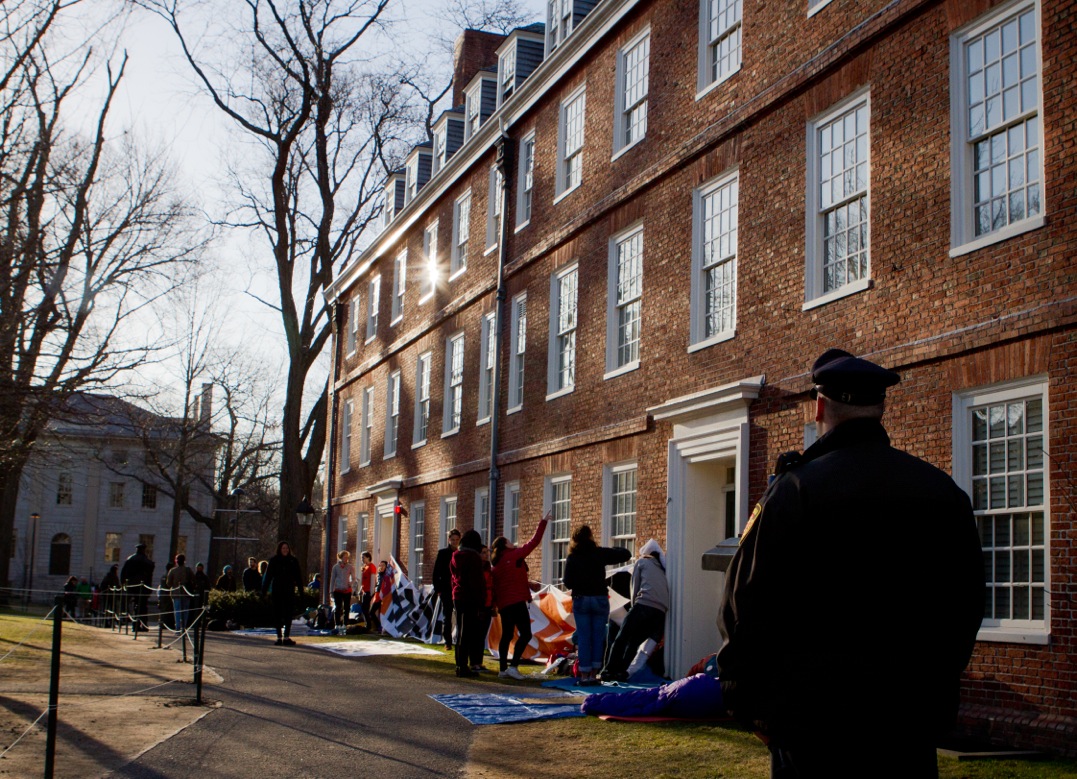 Students woke up Monday morning on the ground outside of Harvard University’s oldest building. They had spent the night there, protesting the university’s choice to invest part of its endowment in fossil-fuel companies.

Students and climate change activists will gather in Harvard Yard in Cambridge all this week, demanding that nation’s oldest — and the world’s wealthiest — university drop its stocks in fossil fuel companies. Hundreds of alumni and dozens of students say they’re willing to be arrested.

Senior Chloe Maxmin, 22, is founder of the student-led group Divest Harvard. She said “hundreds of alumni and dozens of students” are prepared to be arrested.

“Last year, when we did our first civil disobedience, we could barely get six students to commit,” Maxmin said. “Watching all of these people willing to sacrifice something for our campaign is incredibly humbling.”

Organizers say they won’t move until Faust commits to divest the university’s $36-billion-dollar endowment from top fossil fuel companies, such as Exxon Mobil, and Chevron.

The week of protests commenced Sunday evening at the First Parish Church in Cambridge where environmentalist and 350.org founder Bill McKibben spoke to students.

“Any institution that paid attention to students 3 and 4 years ago when they started demanding (divestment) has made out like a bandit since,” McKibben said. “Fossil-free portfolios have heavily outperformed the stock market in the last five years.” 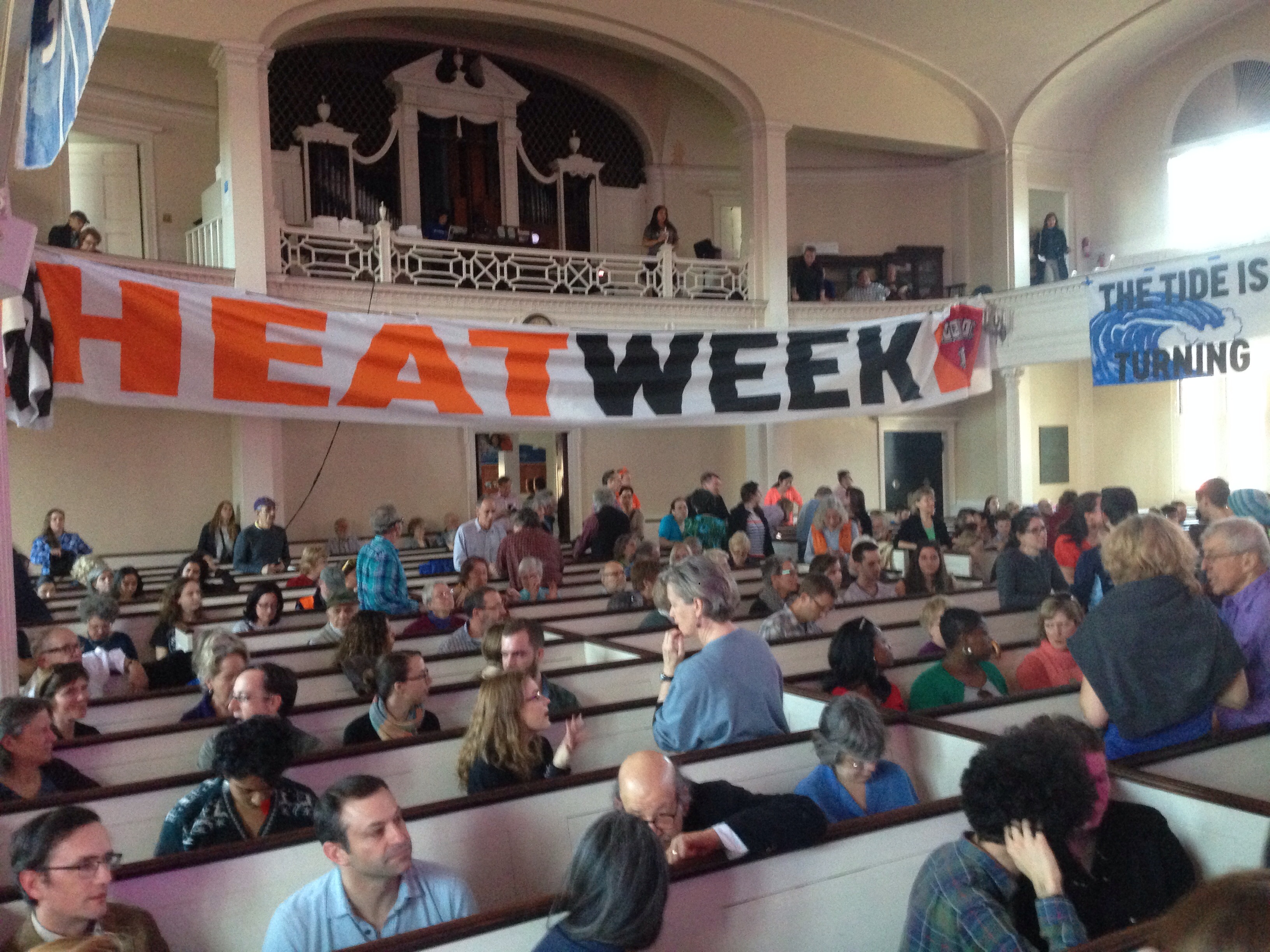 Protestors gathered at the First Parish Church in Cambridge Sunday evening to prepare for a week-long protest. (Kirk Carapezza/WGBH).

“We need to focus on actions that are going to make a real difference — as opposed to actions that may feel good, or look good, but have little real-world impact.”

In a statement, Harvard says it respects the right of students to make their voices heard through peaceful protest, but the university hopes they won’t disrupt business.

This protest is part of a wider movement on college campuses. Thursday at Yale University, 19 students were arrested while participating in a sit-in to reopen the conversation about fossil-fuel divestment.

This is the first story from On Campus in a week-long series on campuses, sustainability and the cost of divesting.

[Cross-posted at On Campus: The WGBH Higher Education Blog]