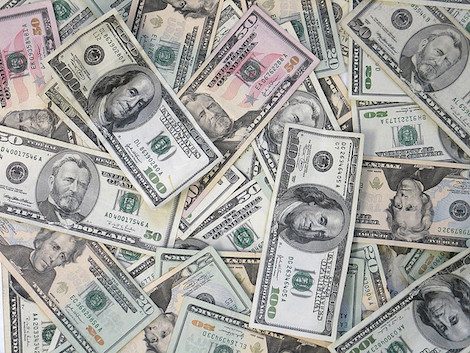 There’s increasing concern that our political parties are flying apart, with party leaders unable to control ideological fringe groups and eccentric billionaires who want to see their own brand of candidate nominated. Perhaps, the thinking goes, if we want our parties to behave more responsibly, we need to give them greater formal power to pick candidates. I am proposing a reform that would do exactly this, by using public financing of primary campaigns to strengthen the formal state parties.

What exactly has been going on in our party system isn’t entirely clear. Some express concern that our parties are becoming more “fragmented” (as Rick Pildes describes it), with interest groups and individual politicians claiming more of the power that centralized parties used to hold. I tend to see parties more as networked. That is, even if many different groups and individuals are involved in modern American parties, they are basically all party actors devoted toward the same purpose. The same basic people are involved and they’re still exchanging information and money the way they would in a more centralized party.

Nonetheless, it’s clear that something has changed in recent decades, and it may be having an impact on our political system. In particular, our recent history of campaign finance regulation may be causing much of this change, forcing campaign money to go through a variety of channels instead of directly from parties to their preferred candidates. Not only does this make it harder to trace the flow of money, but it’s surely having some impact on how parties function. What does it do to a party if some of its subgroups can’t legally speak to each other? What kind of candidates will a party choose if many of its decisions are made at the Club for Growth rather than at the NRSC?

“Fixing” our parties in such an environment has been the subject of much recent discussion. Ray LaRaja and Brian Schaffner have argued here that campaign finance restrictions at the state level are actually causing greater polarization, suggesting that allowing money to flow through the formal parties actually helps mitigate partisanship. (Lee Drutman has strongly disagreed with that finding.) I recently attended a workshop hosted by Brookings’ Center for Effective Public Management to discuss this very topic. Quite a few people are convinced that the key to fixing our politics lies in strengthening our formal parties. The question is how.

My proposal would involve the public financing of some campaigns. This is not a particularly radical idea. As Michael Miller notes, Arizona, Maine, and Connecticut already have publicly financed campaigns for state legislature, and those seem to be functioning quite well, freeing up candidates to spend more time walking precincts and speaking with voters. I propose building on this system and using it in primary elections, both for state legislature and Congress. The state central committee for each major party in each state would be empowered to pick a preferred candidate and not only endorse that candidate, but also allocate public money to her campaign — the equivalent of typical spending in that state on a primary election. The candidate could use this money in exchange for not raising or spending any of her own.

This would substantially strengthen the power of the party central committees. While campaign spending has only modest impact on general elections, it can prove extremely important in primaries, helping the candidate introduce herself to voters. The fact that it’s public money and doesn’t require any fundraising on the candidate’s part would free her up to spend more time meeting primary voters.

Now, there are certainly some potential drawbacks to this proposal. For one, it’s not at all clear that parties would use this power even if they had it. Many state and county party organizations have the ability to endorse candidates in primaries but decline to do so, feeling that it creates needless divisions within a party. Nonetheless, in some extreme cases, the party leadership would undoubtedly find this funding power useful.

Another concern is that, by strengthening the party central committee, it makes it a more tempting target for extremist groups to try to conquer. Barry Goldwater didn’t become the Republican presidential nominee in 1964 by being championed by fringe groups and billionaires; he got it because his supporters took over the formal party apparatus in many states. This is perhaps a rare case, but there are several states today in which it is difficult to distinguish between the formal party leadership and ideological fringe groups.

Other questions certainly remain (Would third party candidates have access to such funds? How would this affect elections to the party central committees?). But this strikes me as a starting place for a discussion of reform. If our parties really are too fragmented or networked, maybe the key is putting the formal party leaders back in charge and giving them the tools to nominate the sorts of candidates they like.