In John Singleton’s powerhouse movie Boyz n the Hood, Laurence Fishburne plays a divorced dad who successfully raises a son largely on his own. He fishes for a compliment about his parenting from his ex-wife, played by Angela Bassett, and she responds that while he’s been a good dad, he had only done what countless mothers have done “since the beginning of time”. Gently but firmly, she compliments him thus: “You may be cute, but not special”.

I think about this exchange often when I read political/cultural commentary by young writers, whether it’s in a book, a student paper or on blogs. Too many essays begin with words along these lines: “No one in this country is talking about X, so let me lay out some hard truths that can no longer be ignored!”. And then they go on to offer some shattering observation such as “money is corrupting politics”, “Hollywood movies are sexist”, “Intimate relationships can be difficult” etc. 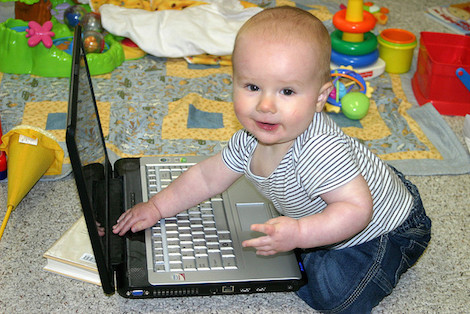 One of the things that happens to you as you age and read more is that you realize almost everything that has been said about politics and society has been said before. When I read outlets that cover politics, I can almost imagine the editors giving out assignments to their reporters: “Bill, give me a lion-in-winter-plotting-his-comeback piece on ex- Senator Jones. Sally, I need a rising-young-pol-who-happens-to-be-Black profile on Congressman Green. Dave, how’s that he’s-controversial-but-he’s-a-happy-warrior piece about Governor Harris coming?”.

Here’s a humbling experience that every writer should seek. When you think you have something new to say, google the relevant words and see how many other people have already said it, perhaps better than you would.

Does this mean you can’t say something again or in your own way? Of course not. First, every generation needs to work things out for itself. Even if what you are writing is old news to many people, it can be important for you in your own life to figure out important things through your writing, for example how you will handle the tradeoffs between parenting and career or the disappointments inherent in political activism. Second, if you are writing in the service of a cause, repeating what others said make sense because “everything has been said before, but you have to say it again because no one listened” (It’s too perfect that that quote is attributed to more than one person). Obviously, the fact that someone wrote about racism last year doesn’t mean the problem is surely resolved by now and need never be discussed again.

However, and it’s a big however, never package your own personal take on the eternal verities as a breakthrough in human development. Never write in a tone that suggests that you are the one, extremely special, unusually sensitive soul in our society who — gosh darn it — still cares. And never imply that your readers should be embarrassed for not having grappled with your unique perspective before (because it’s ain’t unique and they’ve probably heard it before multiple times).

Fresh voices humbly engaging history’s age-old debates make for good reading. But fresh voices who think history starts with them turn off the very readers they hope to engage.