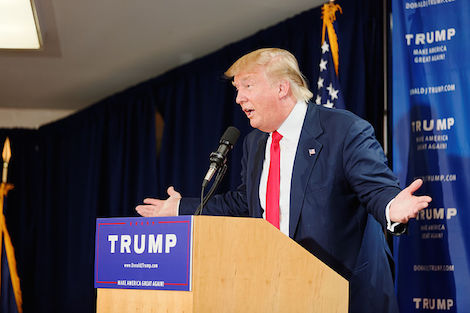 I’m a little late to this particular story, but it’s mighty weird and perhaps significant: Donald Trump and Fox News have apparently called a truce, even though Trump and Fox News’ Megyn Kelly are still sniping at each other and neither is apologizing for anything. Trump was on Fox and Friends this morning, where the contretemps somehow did not come up, and he’ll be on Hannity tonight.

Who knows what’s going on here? Josh Marshall is interpreting this as a total surrender by Fox News, rebutting the post-debate talk that Trump had finally met his match in the news network conservatives trust more than God and His Prophets. It could be that Fox was frightened by the durability of Trump’s support, or was warned by its Republican Establishment friends that they were in danger of pushing him out of the party into an indie run that could be fatal to the GOP in 2016. Or maybe the whole thing’s been a rigged-up show business spectacle like the smack-talking of athletes before a big game.

My guess is that Trump and Fox News realized they needed each other for (respectively) hype and ratings, and that last week’s dust-up didn’t resolve anything, so why not be friends until a definitive duel can be arranged? Thus the air kisses and the “truce.” But don’t be surprised if we soon see teasers for Trump vs. Kelly: The Rematch.