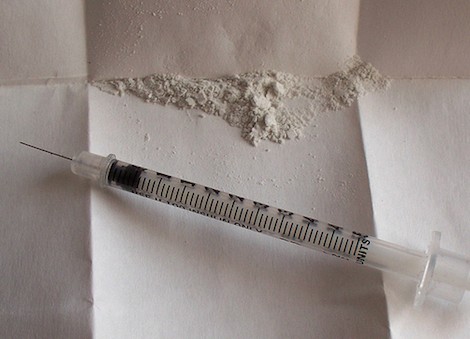 I’m glad the White House is finally moving on the heroin/opioid epidemic in this country, and I think what they’re going to announce tomorrow morning is a good start, for the most part. What I think is needed, however, is much more public input, particularly from folks who are on the ground trying not just to interdict the trade in opioids, but from the ones who are taking responsibility for trying to help people kick and keep addicts alive.

I think, overall, Suboxone is a scam. It can work in certain circumstances, but it simply isn’t more than a niche solution to opioid addiction. Your first clue that it isn’t some kind of godsend is that it has its own street value. Addicts like it because it helps them avoid withdrawal symptoms when they’re either low on money or having difficulty scoring their opioid of choice. If you can put someone in a situation where suboxone can be administered exactly as intended, it can keep them from using simply to avoid the pain of withdrawal, and that can keep people alive. But the withdrawal from Suboxone is worse than the withdrawal from heroin, which means that you have to suffer eventually unless you want to be addicted to opioids for the rest of your life without even the compensation of getting high.

Methadone also has a brutal withdrawal, which many people describe as longer and more intense than heroin withdrawal. And a lot of people overdose on methadone and die, too, so it also has to be properly administered, preferably in a clinic.

For most people, once an opioid addiction has taken hold, the prospects are pretty bleak. But the addiction can be defeated. It’s just that in most cases it is very expensive to get the kind of treatment that is needed. Problem number one is that the standard rehab treatment is a brief detox followed by three weeks of rehabilitation which normally involves trying to convince people to embrace a 12-step program. In some instances, this is a sufficient treatment for alcohol addiction, but it’s really not an adequate amount of time. Addicts suffer from post-acute withdrawal symptoms that can last up to two years, and certainly opioid post-acute withdrawal is among the longest and definitely the most dangerous of all withdrawals. Most heroin addicts who die, die during their first year of sobriety because relapse after a brief period of sobriety runs up against the rapidity with which tolerance to opioids recedes once the addict puts down the drug.

So, we get the addict clean, give them some good advice, try to get them connected to a supportive sober community, and then we ask them to go to work and fend for themselves. It’s a lethal way of treating this disease. And, yet, even this is beyond most addicts’ means, and the families of addicts are frequently so burned out from the trauma of dealing with an addict and all their lies and crimes, that they’re in no mood to invest money in their recovery even if they have the money to invest.

What typically happens once an opioid addict completes their detox and three weeks of rehab is that they go live in a recovery house or halfway house. And most of these require people to leave the house during the day to either work or look for work. This seems to make sense, but it usually just sets people up for failure because after years of abusing opioids, their brains simply are not repaired in 28 days. They aren’t ready to deal with the stresses of employment or to fend for themselves, and so the relapse rate is astronomical. Most addicts need much more intense treatment, including counseling and often psychiatric care, and they need to ease back into anything resembling “normal” life. While they need to learn to deal with stress in a healthy way, this takes time, which is precisely what our system doesn’t give them, even if they have tens of thousands of dollars to go through the normal treatment protocols.

Some reforms that have been making progress are very good. One, called the Good Samaritan Law, makes it so you can call the paramedics when your buddy overdoses without worrying that you or they will be charged with a crime. This is saving a lot of lives already. And it’s saving lives because of another reform which allows law enforcement to administer Narcan (or Naxolone) and also trains them in how to administer it. Narcan quickly reverses an opioid overdose and can save an addict provided they are still breathing at least a little bit.

The epidemic is so big though that even if the 28-day treatment/halfway house protocol was generally effective (and it’s usually not), we don’t have one tenth of the beds we need for even the people who can pay for treatment. And most people who can pay are actually relying on insurance which quite often won’t pay for much beyond the brief detox.

While it’s hard to find a group less generally sympathetic than heroin addicts, people are beginning to recognize that there isn’t much difference between heroin and high-dose Percocets or Diladid or Oxy-Contins. It’s all working on the same part of the brain. People who are addicted to pills act exactly like people who are addicted to heroin. They commit the same crimes. They suffer basically the same withdrawal symptoms. And your grandmother who got hooked to her post-operative Oxys is a lot more sympathetic than some disaffected knucklehead zombie teenager sleeping on a grill in Kensington.

The Crack epidemic remained fairly well quarantined in our urban areas, which was one reason why crackheads were easily dehumanized into some kind of joke and there was never any political support for treatment. The opioid epidemic is hitting people in every economic bracket, and it’s taking lives at an alarming rate. It’s also taking those lives very directly, hitting primarily the users rather than the gang members who fight over turf.

No one wants to talk about having an opioid addict in their family, so this is still discussed much less than it should be, but there is definitely more pressure on politicians and police departments to do something than there was with crack. Unfortunately, I haven’t seen Congress asking the right people to come testify and explain what’s going on and what works and what doesn’t.

And, despite progress and the welcome attention of the White House, there still is not anyone really talking about spending the kind of resources that are needed just on the treatment side of this. It’s just more money than people want to wrap their heads around and the patients seem singularly unworthy of the help.

There are so many components to this, including the overprescription of painkillers and the seeming futility of standard War on Drugs interdiction programs. But people are slowly moving in the right direction. And the White House is generally headed in the right direction, too, just much too slowly.

I’d be derelict in not adding here at the end that until the administration gets the FDA out of the pocket of Purdue Pharma, their small efforts to deal with this problem will be overwhelmed. I mean this is just unacceptable:

The Food and Drug Administration has approved limited use of the powerful and frequently abused painkiller OxyContin for children as young as 11 years old, the agency announced Thursday.

Dr. Sharon Hertz, director of new anesthesia, analgesia and addiction products for the FDA, said studies by Purdue Pharma of Stamford, Connecticut, which manufactures the drug, “supported a new pediatric indication for OxyContin in patients 11 to 16 years old and provided prescribers with helpful information about the use of OxyContin in pediatric patients.”

OxyContin is a long-release version of oxycodone, an opioid that acts on the brain like heroin and is intended for only the most severe and chronic pain cases.

That’s the definition of letting the fox into the henhouse, and if I were working on this issue for the administration and I was getting ready to make this big announcement tomorrow, I’d have about ten cows reading about the FDA approving OxyContin for children. That’s going to undermine everything. That is frankly ridiculous and immoral and downright evil.

These drugs are really for palliative care and in some cases for sufferers of severe chronic pain, but we have morphine drips for post-operative pain. We don’t need to send an 11 year old home with a prescription for 50 oxys with a street value of a thousand bucks. That’s insane, and those drugs will turn many innocent patients into adolescent addicts and be diverted into the local party scene to create addicts that way, too.

So, I applaud the administration with one hand, but I’d like to slap them with the other.