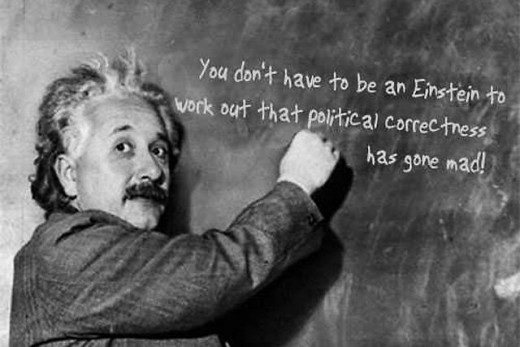 The use of this image is meant to be tongue-in-cheek. Please don’t send me hate mail about it.

An op-ed by Brian Grasso, a student at Duke who chose not to read Alison Bechdel’s graphic memoir Fun Home for a summer assignment, has touched off another round of arguments about campus free speech, ideology, censorship, and accommodation.

The internet rattles week after week with another hot take on the suppression of free speech, or, alternately, the oppression of traumatized students. Little of this has touched my own academic life; perhaps it has happened elsewhere on campus and I’m oblivious. I teach courses on American political institutions, and the lack of discussion of trigger warnings is perhaps telling in that context. My courses, especially on the presidency, touch on war, genocide, and slavery. But these events are presented in abstract terms in way that most students are used to, and thus the issue of triggering has yet to come up.

Reading about Mr. Grasso’s experience of not reading Bechdel’s memoir, it occurred to me that there are three very important considerations when we think about the process of reading difficult material in class. Students have profound and important knowledge about their own experiences. I am not inclined to dismiss these perspectives. If these were our research subjects, we would hear their perspectives as “local knowledge” and consider them crucial to our findings.

As a political science professor, I find these conversations really helpful for effective teaching. Politics obviously changes a lot over time. I was born in the twilight of the 1970s. My first presidential vote was cast in the 2000 election and I was an adult (barely) on September 11, 2001. Most of my students, who were born in the mid-to-late 1990s, often have a very different idiom for talking about politics than I do. They don’t get my Clinton jokes and they have little memory of the Bush years.* If I want to explain politics effectively to them, I need to listen to them and figure out where they are.

This phenomenon goes beyond generational differences. The ways in which students read texts or approach questions as fundamentalist Christians, as members of particular demographic groups, or as people with a painful connection to trauma like war or crime, has the potential to be very illuminating. It can be part of a richer discussion of how to understand the social world. Knowing these perspectives can inform the instructor about where the students are coming from and how best to explain things in ways that make sense to them.

However, the other two considerations balance against this to some extent. First, there’s the one that should be obvious, but evidently bears spelling out. The instructor has the expertise to present, contextualize, and classify the material. I think the part of the Fun Home op-ed that bugged me the most (and evidently I wasn’t alone) was the student’s classification of the material as “pornographic.” I’m not a literature scholar, but it seems to me that other genres – literary fiction, memoir – have discussions and depictions of sexuality as a part of human life. The point of attending a college or university and taking classes with experts is to learn from their, well, expertise – to go beyond obvious or knee-jerk understandings of what we see in the world, to develop deeper understandings of complicated subjects like social identity and sexuality, or painful ones like violence. These are things that shape the social world. The contention behind a liberal arts education is that understanding them can help us improve the world we live in. This requires acknowledging the expertise of the faculty, especially where difficult topics are concerned.

The final consideration goes back to the students. Some students may not wish to share their experiences. The rights of students to have control over what they share about themselves is an important one, especially if we take seriously the concept of feeling “safe.” Feeling safe doesn’t mean that you never have your beliefs challenged, but it does mean that you don’t feel exposed or threatened. Lots of people have said this before, but it makes sense to say it again: letting students know what they’re going to encounter in the material they read is not censorship or anti-intellectualism.

The trigger warning debate ultimately amounts to a series of attempts to come up with one-size-fits-all rules for drawing boundaries between these three considerations. That, I think, is where the real transgression against education occurs. The purpose of all of this should be to help students navigate these kinds of boundaries – situations in which conflicting considerations apply – not to create an artificial environment that keeps such conflicts from popping up. Education occurs in these spaces – not in spite of them. The ability to reconcile competing perspectives and to look at problems in original and non-obvious ways are among the most important goals of a liberal arts education.

This approach sheds some light on why trigger warnings tend not to come up when I teach about, say, Andrew Johnson’s veto of the 1866 Civil Rights bill or politics of the Vietnam War. (Though it seems that perhaps the mileage may vary at other institutions.) These are upsetting topics, but we have a language for talking about them from an institutional perspective that balances different considerations in a way that is pretty widely understood. This probably suggests that I need to rip some of these topics open a bit more, not that my field has solved a puzzle in a clever way.

When it comes to other subjects, these boundaries may be less settled and more unsettling. Teaching students to navigate them is a lot of work, and when that work is taken out of context, educators can also be vulnerable. When instructors make classroom policies in response to political pressure, job insecurity, or overwhelming workloads, then those are the actual threats to intellectual freedom. This stuff takes work, not just a line on a syllabus. Many academic work environments are increasingly incompatible with the attention and protection that good teaching requires. In light of this, much of the trigger warning debate is a distraction.

*They do often still get my Big Lebowski jokes. I try not to think about that too much.