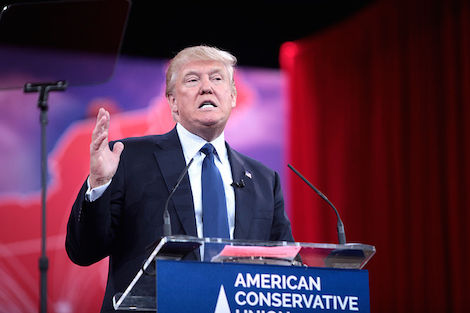 I recently wrote about Trump and white supremacists based largely on an article by Evan Osnos, who had been reporting on these groups when Trump-mania broke out. A few days later, Osnos was interviewed on NPR by Terry Gross. Their whole discussion of this topic is fascinating, but a couple of things during the interview stood out to me.

The first is that Gross notes that Osnos used the term “white nationalists” rather than “white supremacists” (I almost instinctively chose the latter for my title) and asks him why. Here’s his reply.

Yeah, it’s a subtle distinction. The difference is that, historically, white supremacist groups believed fundamentally in the idea that one race was superior above all, and that was essential to their ideology. This grew out of slavery and the legacy of it. White nationalist groups believe something slightly different. They believe, in fact, that whites are an endangered species these days, and they say that they’re not standing up for one race over another. They’re standing up for the preservation of their community.

You struggle as a writer, certainly – and we did at the magazine – about whether or not to call these groups white supremacist groups or white nationalist groups. And there are times when I go back and forth. I think we’re certainly not captive to what it is that they want to be called themselves. They prefer to be called white nationalists. Some of them don’t even embrace that term. They want to be called identitarians or other things. But that’s – the terminology, in some ways, can be a bit of a disguise from the fact that there is – there’s an enduring element of this, which is a sort of race-based division that is at the essence of their beliefs. And that hasn’t changed, but there is a distinction going on that’s subtle. And I think the subtle distinction is important because it captures that they don’t feel strong today. In fact, they feel weak, and that’s what being a white nationalist is about. It’s about the sense that, as they put it, we’re facing a cultural genocide. That’s a term that they use over and over again.

I’m not one to get caught up in names and labels. But I think that the distinction Osnos identifies is important for us to recognize. We give too much power to these folks when we assume that they are strong. They are, in fact, weak and are very well aware of the fact that their entire world view is under siege. As I have often said, they are part of the dying beast of white male heterosexual patriarchy.

But later in the interview Osnos identifies where there is cause for concern.

So what you hear in that message is really interesting because what they’re saying is that Donald Trump may not win the presidency, but what he’s doing is clearing out space in politics for ideas that were no longer possible – that were previously impossible to express. So what he’s saying is that – and I encountered this over and over again as I talked to people who considered – who know that they are way out on the fringe of American politics – that they say Donald Trump is allowing our ideas to be discussed in a way that they never have been before…It will give a validation in some sense. And that may be the most enduring legacy.

That is perhaps the best example of what Trump (and Carson) are talking about when they rail against “political correctness.” What they are doing is “clearing out space in our politics” for white nationalists. In other words, they are providing breathing room for the dying beast.

Update: Here’s what happens when you provide breathing room to racists: I’ve experienced a new level of racism since Donald Trump went after Latinos.