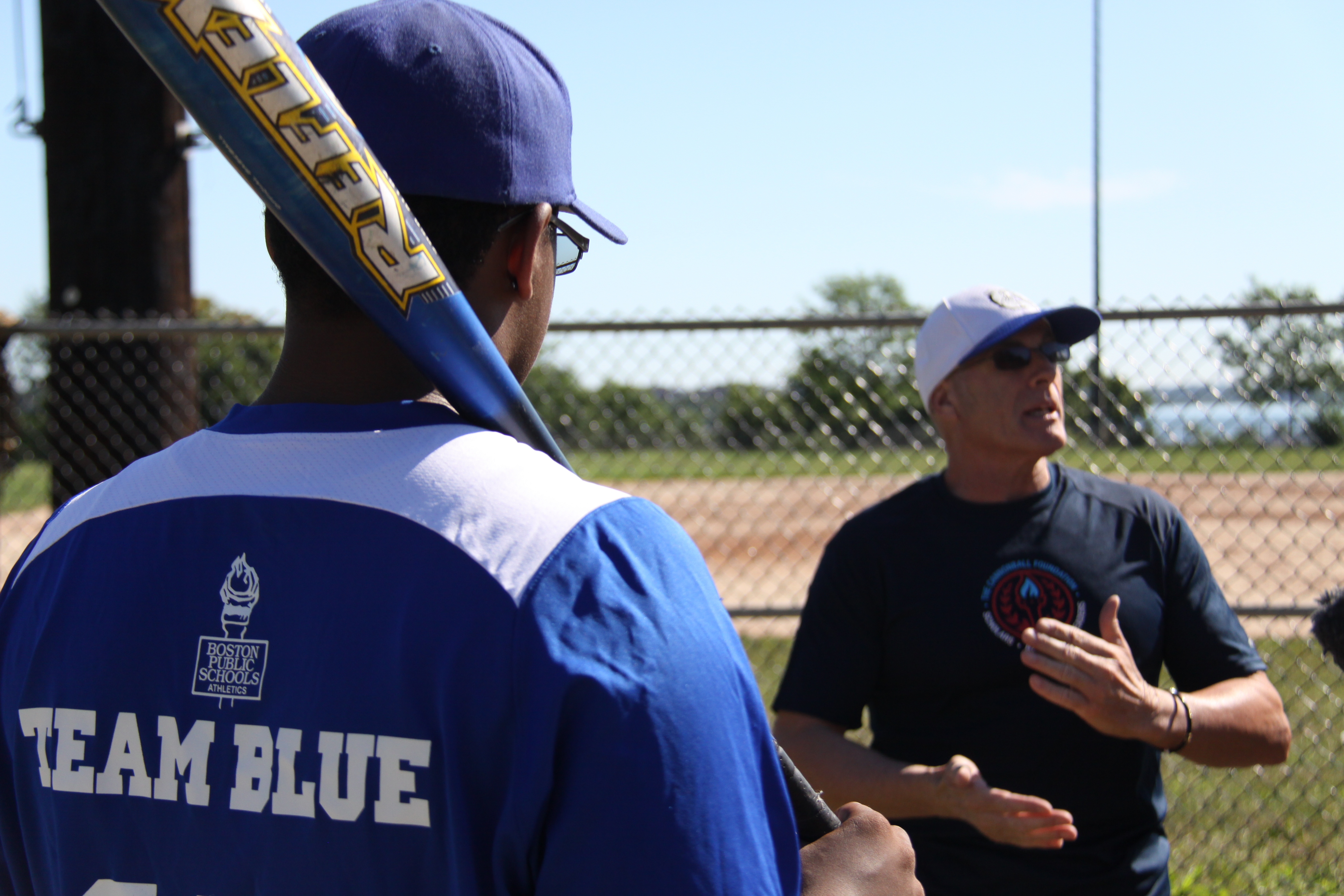 Playing for the Bulldogs is one of the few opportunities some of the players, including catcher Jizari Jones, can afford.

“When the camps come up it’s kind of stopping you ’cause it’s almost like six hundred or one thousand dollars to get in,” says Jizari.

Standing on the sidelines, Jizari’s father says his son would like to play baseball in college, but says he worries that his son is at a disadvantage.

“Financially we just couldn’t afford it so it was like he didn’t really start playing until he got to high school, so the exposure isn’t really there,” Raymond says. “It’s really frustrating, especially when your kid really, really wants to play and he has the talent to play.”

Students like Jizari are increasingly getting priced out of specialized camps and pay-to-play programs, which require families to pay user fees so their kids can participate.

“From cradle to PhD, there are these growing gaps,” says Putnam.

In his book Our Kids: The American Dream In Crisis, Putnam finds that since 1983, America’s wealthiest families have increased spending on their children by 75 percent. At the same time, there’s been a 22 percent drop in spending by those at the bottom of the income scale.

And Putnam says when it comes to college access, participating in extracurricular activities — including high school sports — can make a huge difference.

“We know that taking part in extracurricular activities of all sorts builds soft skills. Kids learn the skills of teamwork and grit – what my mom would have called gumption or ‘stick-to-itiveness,’” says Putnam.

To help more low-income student athletes gain access to college, the Cannonball Foundation, a local nonprofit, is working with high school players and their coaches to get them the mentoring they need to get into college and play sports there.

As part of the initiative, the Foundation recently organized its first two-day bus tour, giving high school coaches at schools that traditionally serve low-income students a chance to meet with coaches at elite colleges throughout New England, including Boston College.

“Sometimes families can’t get in a car and spend a weekend down at Diamond Nation, so they’re stuck playing American Legion baseball. They’re very limited to their opportunities,” said Boston College baseball coach Greg Sullivan during a presentation to the participating coaches.

Sullivan admits his scouts tend to go to private showcases, so they’re missing an entire population of low-income students. It’s up to the coaches, Sullivan says, to be advocates for the kids, and make them aware of the opportunities that are available.

Some players say they’ve learned skills that they couldn’t learn in the classroom.

“It was a year back I failed off the team,” Jizari Jones recalled. “I could’ve still played but coach wouldn’t let me. Hustle on the field made me hustle in the classroom. It made me get my stuff up and work harder.”

Jizari hopes his hard work pays off. Next fall, he expects to be the first in his family to go to college.