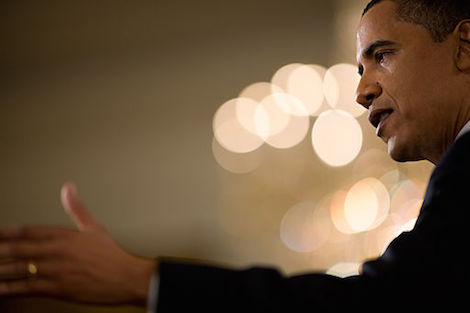 Ron Brownstein has an interesting take on what is happening in the Republican presidential primary right now.

Against the backdrop of the accelerating presidential race, the strains of adapting to the nation’s hurtling demographic and cultural changes are growing increasingly visible. For all the economic anxieties Americans still express, the most polarizing conflicts this year are dividing the nation along lines of race, ethnicity and culture, not class.

He goes on to say that it’s not simply about how Donald Trump rose to the top of the race based on his fear mongering about Mexican immigrants. It’s also about how several Republican candidates have joined the bandwagon of blaming the #BlackLivesMatter movement (and President Obama) for police shootings and their claims of a new violent crime wave. And finally, it’s about how some of those same Republican candidates are joining Kim Davis in the backlash against the Supreme Court’s ruling on marriage equality.

Brownstein ends with this:

Each of these disputes–immigration, relations between African-Americans and the criminal justice system, same-sex equality–align most Democrats with the forces of change and most Republicans with the resisters. On most key questions, public opinion is flowing in the direction of acceptance of cultural transition, as it usually has in American history. But today, the balance remains precarious between those who would embrace or reverse these changes.

In other words, the forces of change are upon us and that is creating a tremendous backlash in the Republican Party. I think that pretty well summarizes the situation. While “establishment candidates” like Jeb Bush want to talk about things like taxes and foreign policy, the issues Brownstein highlights are the ones that are animating Republican voters right now.

But it’s interesting to note that, while the Republican anti-establishment movement is focused on race, ethnicity and cultural changes, the anti-establishment challenge in the Democratic presidential primary is coming from Bernie Sanders – whose message is all about growing income inequality, i.e., class. To be honest, I’m not quite sure what to make of that disconnect. It simply struck me as I read Brownstein’s article.

I am, however, reminded of why I think that the most powerful voice on bridging that disconnect is coming from the grassroots movement known as Moral Mondays that was started by Rev. William Barber. He talks about the history of fusion politics that sparked both the first and second reconstructions in this country and posits that we are now in the midst of a third reconstruction. Here’s how he described the fusion movement of the first reconstruction in a speech at Netroots Nation in 2014.

Back then 146 years ago blacks and whites came together. In the south! And they understood the fusion between lifting up the former slaves, and how it intersected with the preservation of the south and the nation…

And we’ve got to be a little concerned, if people had that much sense 146 years ago when we look at the state of our crisis today. In 1868 we see this moral fusion language and it formed the framework for reconstruction. Here’s what they fought for with this fusion movement: voting rights, public education, labor, health care, equal protection, fair tax policy, good of the whole and that kind of agenda reshaped the south and it reshaped the country. It reshaped the world.

But it also brought a vicious backlash…

A group arose that called themselves the redemption movement and it was rooted in the extreme philosophy of immoral deconstruction and they fought back. They were moved by fear. Fear that their world was being taken over. Fear of a more just society. Fear of a more perfect union. They were radical racists and they began a process of immoral deconstruction. They began a campaign of fear and divide.

Sound familiar? Barber goes on to describe the second reconstruction that resulted in the passage of our civil rights laws and the end of Jim Crow followed by the assassination of it’s leaders and the backlash unleashed by the Republican Southern Strategy. He posits that we are now in the midst of a third reconstruction that was sparked by the election of Barack Obama. But it wasn’t simply about the election of our first African American president.

Again it is because the movement in some ways was signaled by the 2008 election of President Obama. Now it wasn’t so much the president, as powerful and as hopeful as we’ve been about that. But what signaled that we were in the possibility of a third reconstruction was the emergence of a new majority electorate, especially in southern states.

NC is now 23% African American, 3-4 percent Latino. That’s 27%. That means you only need about 24 percent of whites to vote their future not their fears.

Mississippi is 33% African American that means… then you add Latinos that means you only need about 15 to 16% of whites in the south, in Mississippi, to vote their future not their fears. Similarly in Georgia.

The campaign of President Obama, not to be partisan but to be historical, used some of the elements of fusion politics that were used in the 1800s and in the 1960s.

The result of the emergence of that third reconstruction movement is the backlash that Brownstein described above. It will be up to us to decide if we can sustain the kind of fusion politics that will embrace rather than reverse these changes.