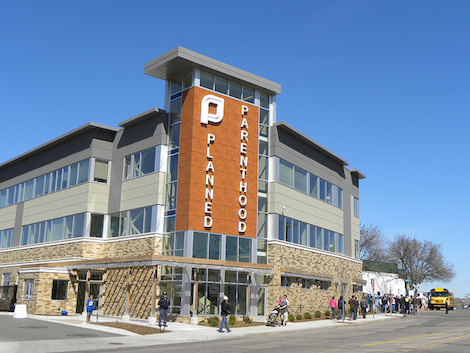 There are two risks associated with a heavy investment by congressional Republicans in any crusade to kill federal funding for Planned Parenthood and/or restrict abortion rights. The first is that it will lead the party, stumbling, into the cul de sac of another government shutdown. The second is that it will further and more intensively identify the GOP with the antichoice movement, an identification the GOP has sought to blur (most recently in 2014 with the brilliant ploy of loud support for over-the-counter contraceptives). It’s now pretty clear congressional Republicans will accept and even exacerbate the second risk to avoid the first. So the more shrieking you hear from the Hill about Planned Parenthood and the “infanticide” of late-term abortions, the less likely it may be that GOPers are actually going to do anything tangible about this “atrocity,” routinely referred to by antichoice pols as an “American Holocaust.”

According to TPM’s Tierney Sneed, House GOPers are preparing to go crazy over two bills kept safely away from must-pass appropriations measures: one “suspending” federal funding for Planned Parenthood for a year and another that would increase penalties for medical professionals participating in illegal late-term abortions. Meanwhile, Senate Republicans will agitate the air over a probably unconstitutional federal ban on abortions performed after 20 weeks of pregnancy–without a “health of the mother” exception–already passed by the House; it will likely succumb to a Democratic filibuster.

The one possibility that Sneed’s reporting does not discuss is a split between antichoice activists over the right strategy and tactics. Earlier accounts suggest that “mainline” RTL groups–this usually means the National Right to Life Committee–have frowned on risking a shutdown over Planned Parenthood on grounds that helping the GOP win the presidential election is the Prime Directive for those who wish to overturn Roe v. Wade and outlaw abortion. But I wouldn’t be surprised if more militant groups–e.g., the Susan B. Anthony List–try to exploit the situation by pushing a hard-line, shutdown-oriented strategy, to show their superior fidelity to The Cause. In all the caterwauling, it may be hard the distinguish who is saying exactly what, which will, of course, turn up the volume even more, particularly since those who want to do the least will yell the most.