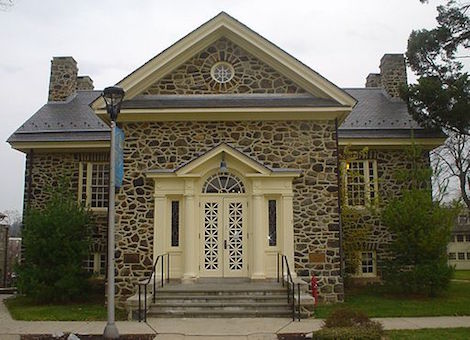 Cheyney University, a small, rural college in Pennsylvania, is the country’s first black college. At least it is for now. But it’s in big financial trouble.

According to an article by Kellie Woodhouse at Inside Higher Ed:

Cheyney… faces challenges on nearly every front. The institution’s students have been leaving in droves, and enrollment is down by about half since 2008. With its state funding slashed by 20 percent during that time, the university has a deficit of nearly $19 million.

The university has mismanaged many of its administrative functions, which are deeply disorganized — a widely held view, including by supporters of the institution. During one recent admissions cycle, scores of forgotten and unreviewed applications were lost and then rediscovered too late, sources say.

And compounding this $19 million deficit is the fact that, according to the article, Cheyney “has no financial reserves and no endowment” and may have to pay the federal government back $30 million in federal aid funds because it didn’t properly administer its federal financial aid.

This is not quite the same as the situation over at Sweet Briar College, which faced declining enrollment and vague financial problems earlier this year, but still had an $84 million endowment and a few really committed graduates.

No, Cheyney basically has nothing going for it anymore. Founded as a college for teachers back in 1837, it’s the oldest extent historically black college in the United States. Other colleges were founded earlier, but this is the only one that’s still around. But while it has some early success–it has a close relationship with the Philadelphia public school system and has a serious commitment to inner city public schools, 60 Minutes’s Ed Bradley was a graduate–lately it’s had serious problems. The school’s enrollment dropped from about 1,470 students in 2008 to just over 1,000 last year. This fall the school has about 700 students.

The school’s six-year graduation rate is only 26 percent.

Of course, the fact that it was the first HBCU isn’t a good reason to keep it kicking around. It was never the nation’s best historically black school. That distinction probably belongs to Howard, or Morehouse or Spelman.

But this is not a story about the fate of HBCUs in general, so much as it’s just a story about what happens to colleges that aren’t very well managed. Academic institutions close all the time. That’s sad for students and alumni, not to mention faculty and staff, but it’s not really a tragedy for the country in general.

If colleges aren’t stable enough to keep operating, if they also aren’t well-loved enough to inspire devoted alumni to provide them with the funds or efforts to stay open, there’s really no reason for them to stay around.