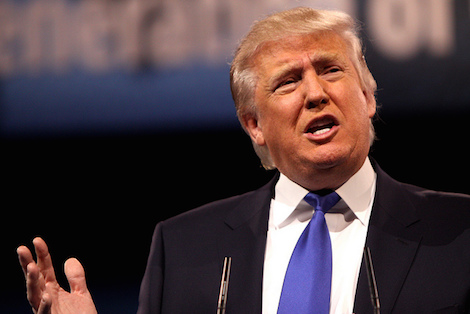 There’s really only one way to say it: the week of September 21, 2015 could be unpleasant for a Republican Party struggling to find its way in the runup to a big, high-stakes election.

Its presidential field remains nearly as large and definitely as unwieldy as ever. Initial polling after last week’s second CNN debate shows that the long-awaited, fervently prayed-for decline in support for Donald Trump isn’t happening just yet. The main result of the debate was instead to consolidate the powerful position of three dubiously qualified “outsiders,” Trump, Ben Carson, and the star of the moment, Carly Fiorina. All three of them continue to say and do things that aren’t particularly troubling to the angry Republican “base” but are very problematic in a general election.

Over the weekend Trump batted away criticism over his silence in the face of a supporter who loudly insisted in the candidate’s presence that the president is a Muslim born outside the United States (an assertion an alarming percentage of Republicans believe against all evidence). Trump says it’s not his job to defend the hated Obama. Carson is in the spotlight for insisting against the rather explicit language of the U.S. Constitution that there should in fact be a “religious test” for the presidency, barring Muslims. Meanwhile, Fiorina is being besieged by the facts she ignored in her debate presentation–especially with respect to the Planned Parenthood videos she discussed to the delight of Christian Right voters–and by the long-overdue MSM scrutiny of her arguably catastrophic record as CEO of HP, her primary credential for high office (see Jeffrey Sonnenberg’s refutation of her debate remarks about him and her HP tenure).

But even as the three zero-experience front-runners lose friends and alienate people, it’s not like the rest of the field is moving on up. One early favorite, Scott Walker, is by all accounts in desperate condition, and having decided to drop everything else to go try to shore up his horrendous standing in Iowa, made a poor impression on his first post-CNN-debate public appearance there.

Off the campaign trail, congressional Republicans are snarled in separate yet equally dangerous internal disputes over the extent to which they will court a government shutdown to express unhappiness with the Iran Nuclear Deal–which they strangely consider a big political winner for themselves–and to cut off federal funding for Planned Parenthood. Budget wizard Stan Collender has now raised his estimate of the odds of a government shutdown to 75%. It’s a particularly bad sign that Republicans are already resorting to the tired and notably ineffective tactic of arguing that it’s Obama who would be shutting down the government by rejecting GOP demands.

If that’s not enough for you, keep in mind the Pope is coming to town this week, and whatever comfort conservatives take from his inevitable condemnation of legalized abortion, he is certain to bring a message on climate change and corporate greed that will make conservative Catholics go a little crazy.

And stimulating craziness will definitely be like bringing coals to Newcastle for the GOP right now. Batten down the hatches!