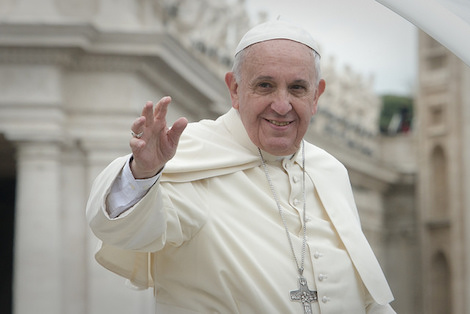 You may have heard grumbling late last week about supposed “insults” to the Vatican represented by this or that White House invitation to this or that personage for the very large (15,000 person) reception on the South Lawn for Pope Francis prior to his private meeting with the president.

According to David Gibson of Religion News Service, however, American conservatives seem to be projecting their Obama-hatred onto the Holy See, which has no big issues with the invitation list:

On further review, it looks like American conservatives and Obama critics are more upset than the pope they say they are defending.

While the guest list apparently irked at least the one Vatican official who spoke to the Wall Street Journal, several other church officials in the Vatican and the U.S. said privately they didn’t consider the issue a problem or worth coverage.

They said there are far more important issues to think about in connection with the pope’s Sept. 22-27 trip to Washington, New York and Philadelphia, and they noted that the guests in question represented a handful of people out of many thousands.

Administration officials also said that the White House worked with the U.S. Conference of Catholic Bishops, the Archdiocese of Washington, Catholic Relief Services and Catholic Charities to distribute invitations to guests from around the country.

Leading evangelical Protestants and representatives of other faith groups were also invited, and many guests were told they could bring friends of their choosing.

If you think about it for a couple of minutes, a Pope whose constant message has been openness to all people, including Vatican critics and those the church has traditionally excommunicated, would not likely spend time carping about individual invitations to a very large event held by a Protestant president in a country where Catholics are not a majority. It’s not surprising that conservatives fearing the Pope’s visit could be a debacle for their various causes would be trying to exaggerate or even invent tensions between the hierarchy and their own American enemies. But gossip isn’t likely to overshadow Francis’ own approach to the gospels.