The Federalist is one of America’s sacred scriptures. Written in 1788 by Alexander Hamilton, John Jay, and James Madison (all three under the pen-name “Publius”), this series of essays was aimed at convincing the voters of New York that their state convention should vote to ratify the Constitution. Since its publication in book form, the essays have become part of the constitutional canon; some Supreme Court opinions, for example, turn entirely on disputed meanings found by the Justices in Federalist essays, cited as evidence of the “original understanding” of those who wrote and ratified the Constitution.

In 2014, constitutional scholar Sanford Levinson set out to engage the Federalist less as infallible past wisdom and more as an invitation to present dialogue. The resulting book, An Argument Open to All: Reading the Federalist in the Twenty-First Century, will be published by Yale University Press in November. Here, in the spirit of Constitution Day, we present a slightly edited version of Levinson’s response to Federalist Number Eight, written by Alexander Hamilton. In Federalist Eight, Hamilton attempts to rebut an important argument against the Constitution—that it will allow the new government to keep a standing army, seen as a danger to liberty. Levinson ponders the changed role of the military, and possible new dangers to liberty, in our time. 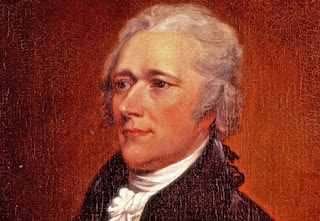 One of the most controversial features of the 1787 Constitution was its legitimation of a standing army, as opposed to sole reliance on militias composed of sturdy yeomen who could be mustered when dangers presented themselves. Publius, like George Washington, had little faith in such militias, whatever their place in American myth. Both understood the virtues of a well-trained professional military.

Yet Publius, who is certainly politically sagacious enough to know that many of his readers will be wary of a standing army, offers as a central advantage of the new Constitution, and the attendant unity of the constituent states, that the threat of foreign invasion would be so remote that a large standing army would be basically unnecessary. Thus he reassures his readers that the highly advantageous geographical position of the United States, separated from Europe by an ocean, renders unnecessary “to our security” what he calls “[e]xtensive military establishments.” But “if we should be disunited, and the integral parts should either remain separated, or, which is most probable, should be thrown together into two or three confederacies, we should be, in a short course of time, in the predicament of the continental powers of Europe–our liberties would be a prey to the means of defending ourselves against the ambition and jealousy of each other.” Such fragmentation would generate, “in a little time,” the establishment “in every part of this country the same engines of despotism which have been the scourge of the Old World.”

At least since the end of World War II, with the rise of NATO and other formal and informal alliances, the United States has maintained a strong standing army to guard against threats deemed contrary to vital American interests, whether or not they involve invasions of the homeland. The United Nations is, among other things, a mechanism for collective defense. The first American war after the UN was established, the action in Korea, occurred without a formal declaration of war by Congress. President Truman claimed that the United Nations Charter compelled the United States to defend South Korea against North Korean aggression, which was viewed as a proxy for a more fundamentally aggressive move by the forces of international communism led by the Soviet Union.

“The perpetual menacings of danger,” writes Publius, “oblige the government to be always prepared to repel it; its armies must be numerous enough for instant defense. The continual necessity for their services enhances the importance of the soldier, and proportionably degrades the condition of the citizen. The military state becomes elevated above the civil.” This militarization of the political order leads, inevitably, to “frequent infringements” of the presumptive rights of the citizenry. “[B]y degrees the people are brought to consider the soldiery not only as their protectors, but as their superiors.”

How is this relevant to us in the twenty-first century? It is not enough simply to note that millions of Americans are employed by the military, and millions more serve the military as contractors. Nor is the percentage of the gross domestic product consumed by so-called defense spending necessarily telling. The current percentage is about one-third of the 14 percent that it was in 1953, at the conclusion of the Korean War. Rather, the relevance is that the military has become “valorized.” It is not only that ambitious politicians often use the mantra of “supporting our troops” to justify military spending and weapons systems whose primary virtue is that building them provides jobs for the politicians’ constituents. Those who serve in the military are automatically deemed “heroes,” even as the politicians who rhetorically embrace them often cast scorn on, say, public schoolteachers or express absolute indifference to budget cuts that might decimate those who serve the poor.

Diane Mazur, a former Air Force officer who now teaches at the University of Florida Law School, in her book A More Perfect Military: How the Constitution Can Make Our Military Stronger bewails a number of cases decided by the Supreme Court that treat the military as an institution not only set apart, but also better than civilian institutions in important ways. Also worth noting is a 1992 article, “The Origins of the Military Coup of 2012,” written by Charles Dunlap, while still a colonel in the United States Air Force, It describes a fictional coup sparked by military officers disgusted by what they saw as the decadence of civilian life and institutions. Having been trained to take seriously, as a central function of the modern military, the task of nation-building rather than simply fighting wars, the military leadership decides that it is the United States itself that needs rebuilding; the declaration of permanent martial law is upheld by a popular referendum.

Similarly, a 2011 essay in the journal Daedalus described the “chasm” that has developed between the roughly 1 percent of the American population directly involved in the military and the 99 percent civilian population that leads a far different life. “The entire military,” writes Robert Goldich, “has become a refuge for those who question the basic orientation of civilian society and do not wish to live within many of its central boundaries,” including automatic subordination to civilian authority regardless of the personal identity of those imbued with the authority of office (such as president of the United States).

Dunlap described his piece as “emphatically not a prediction,” and fortunately it wasn’t. He wrote it to express his skepticism about the shift in the military’s mission from war fighting to nation-building. But one can certainly wonder if Publius’s insights, coupled with Dunlap’s concerns, might not be worth very much taking into account today. Perhaps “standing armies” themselves are less the real danger than the development of a political culture that emphasizes the ubiquity of threats coupled with a loss of faith in civilian values and leaders in favor of the discipline and values of the military. What should we think, for example, of a 2014 Gallup Poll that found the military by far the most admired institution within American government, securing the “confidence” of 74 percent of the American people? This is especially alarming when we compare it to the approval levels of other national political institutions. Even the Supreme Court registered only a 30 percent confidence level, one point higher than the presidency and a full 23 points higher than Congress. A greater percentage of Americans have confidence in the military than in the legislative, executive, and judiciary branches combined. It is hard to see this as good news for democracy.

Perhaps there is no cause for concern, and we can safely dismiss Federalist 8 as an eighteenth-century relic or simply disregard it as a clever piece of propaganda designed to elicit support for the Constitution from those tempted to maintain the system established by the Articles of Confederation. But perhaps Publius’s arguments are very much worth attending to today. How, though, can we have a truly mature conversation about the dangers he points to if we regard the military as composed almost entirely of “heroes” and stand ever ready to accuse its critics of being insufficiently supportive of our troops, naively inattentive to the dangers facing the country, and, therefore, a presumed threat to national security?

Sanford Levinson is the author of An Argument Open to All:  Reading the Federalist in the 21st Century (Yale 2015). He also  holds the W. St. John Garwood and W. St. John Garwood, Jr. Centennial Chair in Law at the University of Texas Law School and is currently a visiting professor of law at Harvard University.