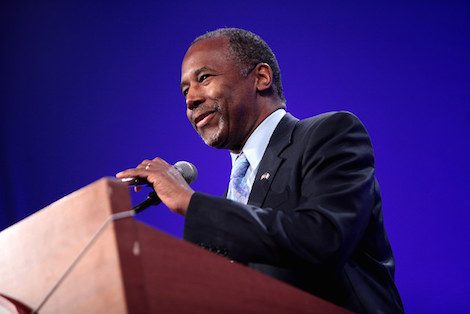 Regular readers know I enjoy expressing irreverent thoughts about The Party Decides, the 2008 tome by political scientists Marty Cohen, David Karol, Hans Noel, and John Zaller that is often quoted like Holy Writ by academicians and even some journalists as the final work on presidential nominating contests. That’s not because I don’t respect the authors and the scholarship involved in this book, or doubt that it captures some important insights about the interplay of party elites, candidates and primary voters. It’s more that I think the small sample involved, the close cases treated as not so close at all, and above all, some of the simplistic interpretations being made of the data make the book and its expositors valuable but not definitive. Perhaps the most annoying thing about the usages of the book (I won’t attribute it to the authors) is the insistence on bean-counting elected official endorsements as the be-all and end-all of who’s where in the Invisible Primary and who’s going to win once voting begins. I know a lot of political practitioners, and none of them place that high a value on accumulating such endorsements unless they happen in an early primary or caucus state.

But now comes Vox‘s Andrew Prokop with a skilled deconstruction of the idea party elites control presidential nominations, which is obviously looking pretty dubious this year as three candidates virtually no elected officials or organized constituency groups are going to endorse–Donald Trump, Ben Carson and Carly Fiorina–continue to dominate the field. Not only have party elites failed to get behind a single candidate; they have so far signally failed to veto a candidate they have clearly and mightily sought to destroy, namely Trump.

Prokop backtracks to earlier nomination contests and concludes the domination of party elites is mostly clear in cycles when the nominee was pretty obvious, and that voters may have independently played a stronger role than later acknowledged in breaking ties. The party as defined by elites did not, after all, “decide” the Democratic nomination in 2004 and 2008, and arguably not the 2008 GOP nomination either. And there have been a significant number of cases–the 1984 Hart challenge to Mondale, the 2000 Bradley challenge to Gore, and even the 2012 Santorum challenge to Romney–where some relatively small changes in single-state primary outcomes might have changed everything, regardless of what “the establishment” wanted.

In defense of the “party decider” faction, they do generally adopt a definition of “elites” that’s broader than what journalists tend to assume; they include organized constituency and ideological groups like the antichoicers and the Club for Growth on the Republican side and unions on the Democratic side. And it’s possible their basic theories will be confirmed by this year’s Democratic contest, where Hillary Clinton is rolling up indicia of elite support rare for a non-incumbent, or even the GOP contest, where a late decision by elites to get behind a single candidate like Rubio or Bush could still have a big impact.

But for now, it’s probably good that political scientists stick to analyzing the past rather than predicting the immediate future. This could well be the cycle that breaks the mold.

The January 6 violence could signal the start of nationwide conflict not seen since the Civil War. Can we stop it?

Wherein our hero finally gets his first Covid shot by traveling deep into MAGA country.

The unlikely presidential candidate turned leading mayoral candidate could give a bad name to the popular replacement for winner-take-all elections. Here’s how.