So the MacArthur ‘genius’ awards were announced today; I’ve always thought of them as tottering on a Bourdieuian knife-edge between two different kinds of legitimation. On the one hand, they are supposed to have consequences, to publicly recognize people who would otherwise be less well known, and giving them financial and symbolic support that they can then go on to use to do good and wonderful things. This means that it would be weird to give one e.g. to someone like Paul Krugman, who already is doing very nicely in terms of public recognition. On the other, they are supposed to go to people who are creative and brilliant – but in socially legitimated ways so as to maintain the status of the award. This means that they are unlikely to go to genuinely unsung geniuses, not simply because the selection process can’t find brilliance if it isn’t publicly well known, but because the legitimacy of the awards partly depends on their social validation by a variety of elite networks.

Hence, for example, we get today’s decision to give an award to Ta-Nehisi Coates. In one sense this is unquestionably awesome – Coates is fantastic. However, it would be unquestionably much more awesomer if they had given an award to Coates five years before, or gave it today to someone where Coates was five years ago. But the sociology of the process doesn’t seem to be set up to do that – like most institutions, it gravitates towards safe choices. A more risky symbolic venture capital approach – say giving grants to people earlier in their career in the expectation that 80% of them will flame out, 10% will do well, and 10% will be just wonderful would probably not be sustainable over the longer term (or at the least, it would make the prizes very different in status and connotation). Hence the current set up, which I suspect is mostly aimed to support safe bets – people who are either famous or very well regarded in their specific discipline – with perhaps a couple of riskier ones thrown in here and there, where they really strike fire with one of the selectors. 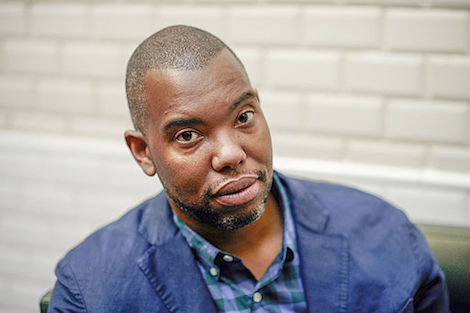 So if we were giving out awards rather than the actual selection committee, who would we give them to? It’s not likely, but it is possible that actual real people involved in the selection process will read this (Crooked Timber doesn’t have Vox-level readership, but it does have its own odd forms of cultural capital; stranger things have happened). So it’s possible that this thread could have consequences. Comments are open. My own two nominees (I can think of other very deserving candidates, but they’re personal friends; I’m also sure I’ll kick myself about all the people I should have mentioned as soon as I’ve posted this) would be Astra Taylor and Tom Slee. Both are writers in the hinterlands between technology and culture, neither is so high profile as to be a likely candidate at the moment. But both are just fantastic – brilliant writers (and in Taylor’s case, documentary maker and musician too) who could do wonderful things with MacArthur level exposure. Who else?