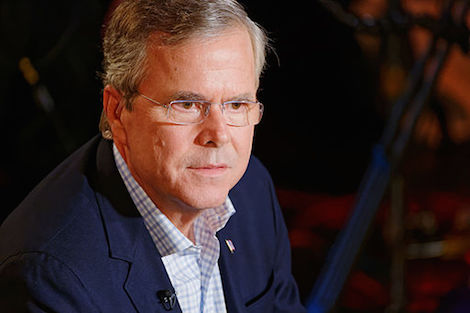 The New York Times‘ Ashley Parker has a piece today that will amuse campaign operatives from all over the spectrum about the inveterate habit of political donors to want to offer some advice to candidates along with their checks. Sometimes it’s just a matter of rich people having a high opinion of themselves and their political chops. But sometimes, as you figure is the case with the vast universe of donors to Team Bush (clearly the source of a significant number of Parker’s blind quotes and anecdotes), it’s a matter of panicky donors wanting to protect their “investment” from the idiots running the campaign in question.

On one hand, the campaigns and their affiliated groups rely on the financial support and appreciate the occasional insights that come from people who have been successful in other fields.

On the other hand, they find themselves devoting more and more time to stroking donors’ egos, weighing their ideas, and soothing supporters whose panicked phone calls can be prompted by anything from an alarming Twitter post to a small stumble on a morning show.

“Donors are demanding a lot these days, man, and they want answers and they want results, and a lot of them hit the panic button a lot,” said Theresa Kostrzewa, a Republican lobbyist and donor based in North Carolina, who is supporting former Gov. Jeb Bush of Florida. “This is a new day. Donors consider a contribution like, ‘Well, wait, I just invested in you. Now I need to have my say; you need to answer to me.’ ”

Referring to the maximum direct donation to a candidate that the Federal Election Commission allows, she described the sentiment as: “I gave $2,700. I’m entitled to 2,700 opinions.”

Professional fundraisers, of course, are paid to understand, accommodate and even exploit the ego-driven foibles of donors. It’s kinda like constituent services work, which I got some exposure to in the Senate, except that your average vet with an undiagnosed illness or your small business owner trying to understand a reg don’t typically think of themselves as the fount of all human knowledge–and oh yeah, there’s no money changing hands that can stick to your own fingers via a commission. (Once when a Senate staff colleague grew weary of being badgered by some constituent with an unreasonable request combined with reminders that “I’m your boss!” finally snapped and replied: “Is that so? How about a raise, boss? I’m on food stamps!”).

Parker’s account suggests that while political fundraisers are dealing with an uptick in unsolicited advice, they also have some tools unknown in the past:

The campaign of Senator Marco Rubio of Florida has provided his financial backers with a password-protected mobile app that provides updates on the candidate, details of his schedule and even helpful talking points.

“So if someone asks me a question — ‘What’s Marco’s policy on ISIS?’ — if I didn’t know it offhand or feel comfortable with it, I could flip it up and have an answer,” said Tom Tellefsen, a California-based real estate developer who is supporting Mr. Rubio.

Keep ’em busy and let ’em think they’re involved–that seems to be the prevailing wisdom on political donors. But sometimes your “product” loses its value. In a separate piece on Bush’s donors by Politico‘s Eli Stokols, this problem is made concrete:

For the past week, Jeb Bush’s campaign advisers have been using a new data point to convince nervous donors that he’s still the candidate to beat: Bush’s lead in the political prediction markets.

Just one problem: Beginning Sunday night, PredictIt, the biggest of the online sites and the one referenced last week by top Bush advisers and confidants, placed Florida Sen. Marco Rubio ahead of Bush at the head of the GOP pack.

I’m sure this development will really rile up Jeb donors when they read about it in Politico.