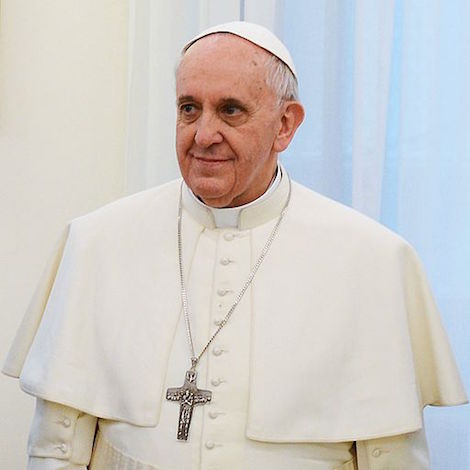 So the Vatican is confirming that Pope Francis had a private meeting with Kim Davis and her husband, and did not dispute reports from her attorneys that the Supreme Pontiff gave the embattled Kentucky County Clerk a blessing, an admonition to “stay strong,” and rosaries for her Catholic parents. This is in addition to the earlier evidence Francis supplied to reporters of his agreement with Davis’ claim that government officials can claim a “conscientious objection” to laws that trouble their consciences.

What’s most interesting to me about these events is that the Pope is going out of his way to express solidarity with an apparent apostate (it’s possible she was never a Catholic before her fairly recent conversion to an exotic pentecostal faith community, but unlikely if her parents are part of the One True Church) who’s been divorced three times. No wonder conservative Catholics accuse Francis of doctrinal laxity.

I guess homophobia covers a multitude of sins.

UPDATE: As one might expect, Elizabeth Stoker Bruenig suggests Francis in meeting with Davis was just bobbing and weaving and trying to remain unpredictable so as not to get trapped into U.S. Culture War memes. Maybe she’s right, or maybe Francis got punk’d into this meeting without understanding what a big deal it would be. But I have to say, if this Pope was trying to “transcend” the culture wars, googling Davis before giving her a private audience might have been a real good idea.