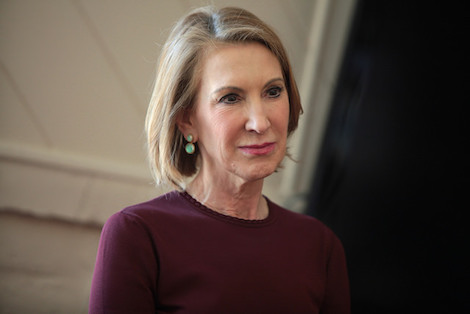 I noted one report earlier this week that Republican voters in South Carolina didn’t much care whether Carly Fiorina was a successful executive at HP or a rolling disaster. But today Megan McArdle becomes the first pundit I’ve read to say it doesn’t much matter.

To be sure, she offers that opinion after a back-and-forth debate with herself and others over Fiorina’s corporate performance, and before she stands up for the much-criticized pols whose freedom of action is so often constrained by external conditions that “outsiders” can’t just wish away. But in the end she lumps Fiorina in with the rest of the “outsider” crowd:

Fiorina could be the best CEO in the world, or the worst, and that wouldn’t give us much insight into how she’d do as president.

We’re in the midst of a great outsider boom, from Bernie Sanders to Donald Trump, to populist parties in Europe and the election of a far-left Labour backbencher as leader of the party in the U.K. Much of the appeal seems to be that we need someone to shake things up who’s not beholden to the same tired, focus-grouped, compromised, corrupt political culture. On the left, this appetite seeks out radical firebrands who promise they won’t sell out to the neoliberal consensus; on the right, it looks to business leaders (or maybe surgeons), who have proved they are competent in a competitive domain utterly unlike the political system.

Maybe I’m biased as a former elected official staffer, but I’m sorry, I don’t think people like Fiorina and Trump and Carson should be treated as equivalent to Bernie Sanders or Jeremy Corbyn who, no matter how they are perceived, have again and again and again stood for election and held offices. If you are going to look outside the vast ranks of current or former elected officials for the top elected position in the country, then it damn well better be someone whose qualifications and record are beyond dispute. There’s a reason the last such person to have won a major party nomination was a fellow who had just won a world war and stood athwart American society as an absolute colossus, welcome to either party’s nomination if he wanted it.

I don’t think Donald Trump or Ben Carson is equivalent to Ike by any stretch of the imagination. But Trump is undoubtedly a big figure in the entertainment world, aside from his corporate, ahem, achievements; he’s probably about as qualified to run, say, for governor of New York as Ronald Reagan was qualified to run for governor of California in 1966. And without question, Ben Carson has been unambiguously successful as a surgeon and a motivational speaker and writer.

And that’s why it does matter whether Fiorina destroyed HP and then used her obscene buy-out to launch a failed Senate race and now a presidential campaign, or if she was instead, as she claims, some sort of brilliant and misunderstood visionary, a Gulliver among the Lilliputians of corporate America. If the latter “story” is accepted, she just might be as qualified to run for president as Trump or Carson. If the former characterization is more apt, then she really really does need to be hooted off the stage at the next presidential debate as a charlatan, someone who’s exploited her party’s need for gender diversity and her own thin skills as a gabber via years of PowerPoint presentations.