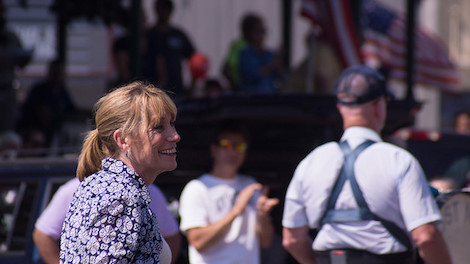 The actual news yesterday was that New Hampshire Gov. Maggie Hassan has agreed to run against Sen. Kelly Ayotte next year, a huge recruiting coup for Democrats. But the way Politico‘s Kevin Robillard wrote it up, the NH race only partially offsets the headaches produced for Democrats by primary challenges to party establishment favorites in other states:

Well, we’ll see. In 2014 the big story at the beginning of the cycle was the struggle of the GOP Establishment to win back the Senate despite a bunch of right-wing primary challenges to their preferred candidates. In the end, every single one of those challenged favorites won Senate seats. Sure, they largely did so by preempting the challengers’ extremist messages–and there were a few candidates like Joni Ernst who started out as a blatant wingnut and grew blander by the day–but in the end, what the competitive primaries mainly produced was a national media narrative that the GOP was back under the control of moderates, which probably helped in some close races. I doubt Democrats will get the benefit of such coverage even if the challengers all lose; it seems to be important to key elements of the MSM to stress the “moderate” credentials of Republicans and “liberal” credentials of Democrats in order to keep everything equivalent, doncha know. But as is increasingly the case in presidential years, the top-of-the-ticket performance by the two parties and the ever-increasing straight-ticket voting will matter most in determining who controls the Senate.