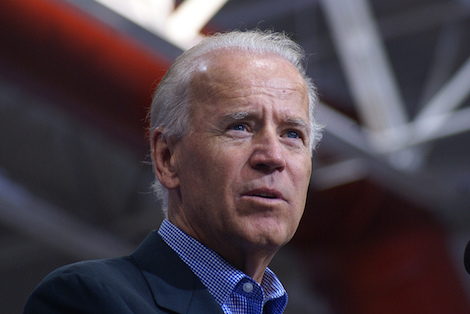 For most Americans, this is a normal autumn Monday. For banks and federal employees, however, it’s a holiday, Columbus Day, and in Washington, it’s a bit of a meta-holiday because it traditionally anchors a congressional recess held after the traditional end-of-fiscal-year frenzy, where brave solons work around the clock before kicking the can down the road in a continuing resolution.

So after last week’s political histrionics, there’s not quite the hysteria you’d expect on a Monday morning following a weekend in which, we were told, Paul Ryan was trying to decide whether to condescend to accept the Speakership of the U.S. House of Representatives, and Vice President Joe Biden was holding a “family council” in which he’d decide whether to run for president.

Yet the whole political world awaits these decisions, and it’s fitting and proper that the atmosphere of anticipation is perfectly articulated by the Dean of Beltway Pundits, Mr. Mark Halperin, in a piece that treats Ryan and Biden’s deliberations as essentially two parts of the same drama. Keep the Kleenex close by and check it out:

Neither Ryan, who is being pressured to run for speaker of the House, nor Biden, who is weighing another presidential run, has made up his mind, according to those close to the two men. The dual clocks, meanwhile, are ticking down fast.

Biden and Ryan, who faced off to a draw in the 2012 vice presidential debate, in some ways are confronting similar decisions from parallel perspectives: family is the key. Both have savvy spouses who serve as their main political advisers and biggest boosters. But multiple people familiar with their thinking say Janna Ryan and Jill Biden worry about the pending political prospects, because of the implications for their families, particularly the younger children. Ryan has three school-aged kids who count on his frequent presence at home; Biden is the hands-on patriarch of a tight family unit that includes the late Beau Biden’s two children. Beau’s passing several months ago remains the signal defining emotional experience for the whole close-knit Biden clan.

Halperin proceeds to reverently repeat the spin coming out of the Ryan and Biden camps in a way that not-so-subtly seeks to flatter both men into just saying “yes.” These are big, big men, each a collosus athwart the Potomac, with the power to re-create the world in their own image, it seems.

Biden and Ryan share fundamental traits: both are patriotic, neither is pretentious, and neither would seek power for power’s sake. Fitting, they are both spending the weekend deliberating with family in their respective and beloved home states. Sources close to both men say their wives, while reluctant, will support their ultimate choices.

Before too long, their decisions will be revealed. Their families will breathe a sigh of relief no matter the outcome, as the pressure of contemplation lifts. And then their choices will reverberate throughout the political world in ways that no one, not even these two deliberative and sophisticated men, can possibly game out.

Reading the Halperin piece a second time, I realized it wasn’t an article but a prayer: Please, Paul, please Joe, change the game. Change the game. And now you half expect Ryan and Biden to reach out to each other from their beloved states and make a joint announcement of their plans.

In any event, this dual drama is already a chapter in the next Halperin book.