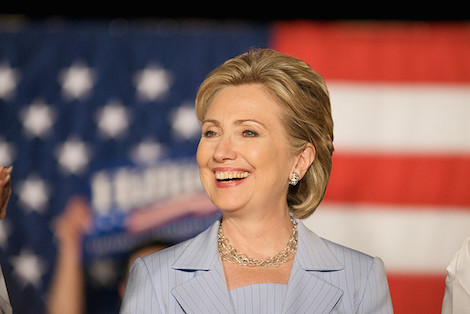 If you didn’t watch the CNN Democratic candidates’ debate or read our live-blogging of the proceedings last night, you should be aware that the media appetite for naming a clear winner has fed a post-debate trend towards labeling HRC as a gigantic, titanic, overwhelming cham-peen. Immediately following the debate, however, the consensus seemed to be that both Sanders and Clinton did very well, with O’Malley impressing some viewers and Chafee and Webb not doing themselves any favors.

My own post-debate reaction at TPMCafe gave laurels to both Clinton and Sanders, suggesting that perhaps HRC won on style points, and more importantly, “in disappointing the lick-lipping MSM/GOP ghouls expecting her to screw up and invite Joe Biden into the contest, Clinton probably gained the most strategically.”

And that leads to the aspect of the debate that struck me apparently more than most observers: the exceptional hostility of the questioning from moderator Anderson Cooper, who seemed to be trying to defy expectations that he’d be less savage than Jake Tapper was in CNN’s GOP debate. Pretty quickly, Cooper became a stand-in for all the media folk trying to make the Democratic contest about emails and Benghazi! and “socialism,” and you got the sense the candidates and the immediate audience united in disdain for the superficiality of where the hosts wanted the discussion to go. The feral roar that greeted Bernie Sanders’ statement that Americans were tired of “hearing about [Clinton’s] damn emails”–followed by HRC shaking Bernie’s hand–was the signature moment of the night. And this wasn’t just some “gift” from Sanders to Clinton, as it was called by several talking heads last night. It was a party-wide rebuke to the MSM for how they are covering this campaign.

And so the debate was rather cathartic for most Democrats, and may help dissolve an atmosphere of fear and self-doubt wherein most of the media talk is about Joe Biden’s intentions. Several gabbers last night identified the vice president as the big “loser” of the evening; I don’t know about that because I still don’t know whether Biden ’16 is a bandwagon waiting for the first push or a media confection. But clearly the nomination contest we all expected before the Biden talk overcame it is off to a pretty good start.