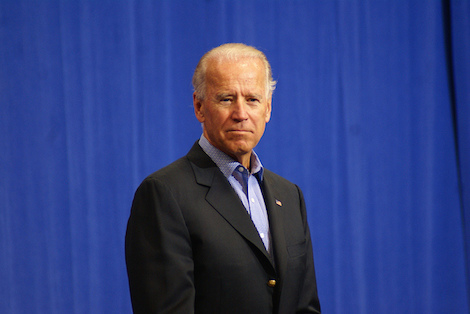 So this kinda summarizes the laughable depths to which the the Biden Presidential Story has now descended (per Politico‘s Tom McGeveran):

The Washington Post published an item Monday evening to its website with the headline “Biden to launch a presidential campaign.”

But even the fast clickers were disappointed to reach a page on the Washington Post website titled “Editor’s Note” that read, “This file was inadvertently published.”

Was an embargo deal inadvertently broken in a publishing flub? It appears not.

The first thought was that the story was entirely accurate, but published too soon despite an embargo deal with Team Biden, or Dick Harpootlian, or somebody. But no:

Post congressional reporter Paul Kane, whose byline appeared on the article, was quick to tweet out the details. It seems this wasn’t news published before it was ready—just a “shell” story prepared so that the Post could push the button faster in case Biden did announce.

“Earlier tonight, a technical glitch caused publication of a just-in-case/when-we-kno story of VP running for president,” he told his 10,000 followers on Twitter. “It happened when editors were embedding video file. It carries my byline. I regret that it was published accidentally. Deep apologies.”

Just how “what-if” was this story when written? “Finally, to be clear, we don’t know if it’s a yes or a no. Full disclosure: I have a he-says-no-story also written,” Kane wrote in a post to Twitter.

How about a “nobody knows and this whole thing may be a media souffle” story?

Here’s my favorite Twitter commentary on the whole fiasco:

Someone who knows Biden insisting that within 24 to 48 hours it’ll be Wednesday or possibly early Thursday.

That sums up what we actually know.