Thirty years ago, I was on a date with a wonderful Norwegian woman in Oslo. As we walked through the streets in the wee hours, she commented that she loved late night walks through the city. I asked her if she was ever worried about being alone at such times. She responded with a puzzled expression “Why would I be worried? If I ever got lost I am sure someone would give me directions”.

At the time, I was working as a counselor to sexual assault victims in the U.S. and was acutely aware of the pervasive, well-founded fear of rape among American women. I was astonished that my Norwegian companion did not carry such a burden on her spirit. Researching it later I learned that the rate of sexual assault in Norway was a bare fraction of what it was in the U.S., with the result that the nation’s women did not feel as oppressed by the fear and sadness that their American counterparts experienced. Then as now, Norway rated very well among nations in gender equality and the quality of life of women, and I saw that this had to be part of it, the lifting of a terrible psychic weight that never quite left the minds of the women I knew in America.

Fast forward to closing time at a Scottish pub last week. It had been a largely pleasant evening of Guinness and conversation, but there was one fellow down the bar from me who had been a bit loud all evening. When the host told him the bar was closing, he suddenly got very shirty. Everyone turned as strong words were exchanged and I felt tense until a realization hit me: I am in Scotland, there is almost no chance that anyone will pull a gun. 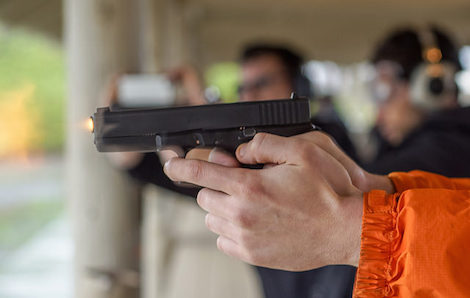 That moment was one of many when I realized the oppressive psychological weight of America’s gun violence. In the U.S., whenever there is a angry argument, whether over a traffic accident, someone being fired from their job, or for that matter over nothing of any consequence, it always lurks in one’s mind that someone could have a gun and could start shooting. In the most deprived American neighborhoods, where the risk of a young man being shot can be as high as 3% per year, this fear is even more intense. But the fear is everywhere, indeed I think it is part of what makes some gun owners scared of gun control (If I don’t have a gun, how will I defend myself against those who do?).

It’s an emotional weight we all carry, and which affects us when we think of asking that obnoxious guy not to take a cell phone call in the movie theater, or wonder if we should come to aid of the person on the Metro who looks like they are being shaken down for money, or we debate about whether to break up a fist fight at the high school where we teach or volunteer…I know I should do something, but what if he has a gun?

Just as American women probably can’t imagine what it’s like to be free of the fear of rape, neither American men or women can imagine what it’s like to live in a country where gun violence just about never happens. Having lived in such places now and then, I found it akin to having a two ton boulder removed from my shoulders, a rock I was so used to carrying that I didn’t know how heavy it was until it fell to the ground and crumbled to dust.

p.s. In Scotland, a police officer eventually ambled in and had a brief conversation with the tearaway, who then left the pub quietly. The cop didn’t have a gun either.