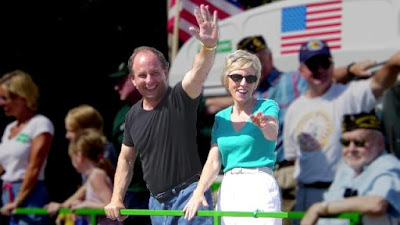 Today is the 13th anniversary of the day that little airplane went down taking the lives of Paul and Sheila Wellstone (along with their daughter and four others). I usually shed a few tears on this anniversary and try to find a way to commemorate it. That’s not just because I had the distinct privilege of meeting both Paul and Sheila. It is because they will forever represent the very best of what all of us hope for in public servants.

In order to honor their memory, I could post the campaign ad Paul put out when he first ran for Senate. It does a great job of capturing the spirit he brought to politics. Or perhaps we could look at the tribute his Senate colleagues put together after his death. I’ve always loved what Ezra Klein wrote about Paul Wellstone on the sixth anniversary of his death.

But perhaps my very favorite tribute to this great man comes from a friend of mine – Pakou Hang – who worked with him on his last senate campaign. And yes, she is still very active in the community sending out the ripples. I think that is the message Paul and Sheila would want us to remember today.