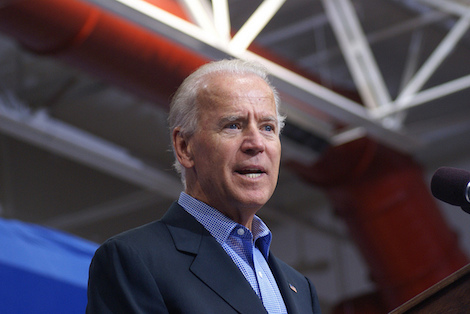 As you may recall, the remarkable feeding frenzy of media speculation over a Biden presidential run that he finally ended last week really begin with a August 1 Maureen Dowd column suggesting the late Beau Biden had all but extracted a near-death promise from his father to make a go of it. A later Politico piece (hotly disputed by Team Biden) claimed Biden himself as the source for the Dowd column.

The record left behind by Dowd is almost nonexistent. Like a celebrated, longtime, above-the-fray literary columnist, she didn’t deign to leave sourcing details in her piece, instead preferring her vast sense of authority. “Joe Biden is also talking to friends, family and donors about jumping in. The 72-year-old vice president has been having meetings at his Washington residence to explore the idea of taking on Hillary in Iowa and New Hampshire,” wrote Dowd in a passage that dropped directly from the heavens into the content management system of the New York Times.

That was good enough for the news side of the New York Times, which cited the Dowd piece in a story on a possible Biden run that ran the same day. The lack of transparency in Dowd’s reporting opened itself up to further reporting, as Politico alleged early this month that Biden himself divulged his son’s wish to Dowd. That story, in turn, was based on “multiple sources.”

In other words, if Biden’s own account is credited, it appears the whole premise of the media frenzy was a nothing-burger cooked up by Maureen Dowd and then sold by the Times and Politico with varying condiments. No wonder it tasted funny from the very beginning.