We love college rankings here at the Washington Monthly.

Seriously, while for years we’ve sort of enjoyed critiquing the impact of the annual college rankings produced by U.S. New & World Report, in general the editors here believe that the more rankings of colleges we have, and on the more diverse characteristics, the better off we are.

So bring it on: service to the country, best campuses, academic prestige, campus luxury, hot girls, it’s all good.

But there are rankings that are frivolous and then there are those that are just straight up misleading. Recently a friend sent me a link to this Libby Nelson post at Vox:

The Economist is out with a new ranking of colleges that ranks Harvard fourth and Yale 1,270th.

The rankings are based on whether a college’s alumni fare better than expected in the labor market, as measured by earnings 10 years after starting school. Using a range of variables — a college’s location, its religious affiliation, its students’ SAT scores, the socioeconomic and racial mix of its student body, whether it has a business school, and more — the Economist predicted what graduates would earn.

And so, in short, Yale sucks, right? Not really. This ranking doesn’t really mean anything. 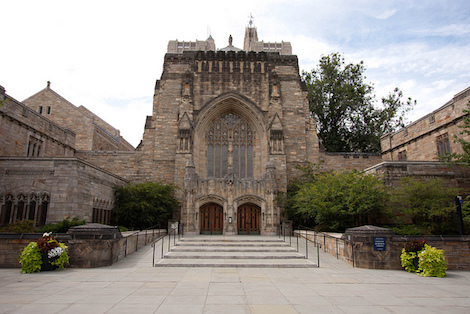 While it’s fun to note that Harvard University ranks orders of magnitude higher than the, ostensibly similar, college in New Haven, this gets a little weird when one looks at the real ranking. Here are the top schools:

What’s going on here is very strange. This is a ranking of nothing that could be of any use to real students and parents. That’s because the formula takes into account the prevailing wage in the city where the institution is located. So of course Alderson Broaddus University is going to do well here (though number eight in the country was a little surprising). That’s because the college is located in Philippi, West Virginia, where the median annual household income is only $22,000.

Many of the unexpected–as in not nationally famous–schools here on the top of the list– University of Scranton, SUNY Oneonta, Blue Mountain College—appear to owe their presence on the top end of the list to their location in low rent areas.

The reality of college earnings is that postgraduate salaries have little to do with the income in the town where the school is located, because most people don’t stay there. There are regional trends, for sure, but these are very general numbers. Someone who graduates from the University of Missouri is likely to settle down in the Midwest, yes, but he’s decidedly unlikely to either come from or settle down in Columbia, Missouri

That’s certainly not the only factor the Economist considers. And, as the publication explains, it’s trying to do something rather difficult

The Economist’s… rankings are based on a simple, if debatable, premise: the economic value of a university is equal to the gap between how much money its graduates earn, and how much they might have made had they studied elsewhere.

That is a very interesting thing to consider. In the Monthly’s process of attempting to rank colleges based on their service to the country, we often refine the methodology to try and come up with the best measure of the things we value.

The Economist‘s process is valuable and interesting, Let’s see what it produces for college rankings next year.