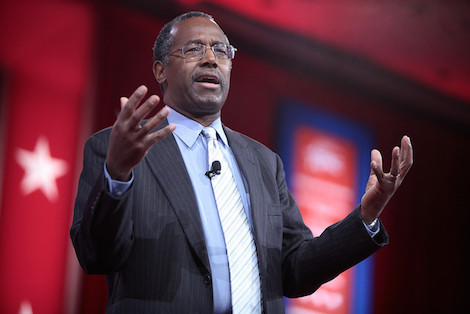 Today’s most interesting tidbit of political news may be a radio ad being placed in six “urban markets” (code for African-American stations) in the South by Dr. Ben Carson’s campaign. Check it out:

I am not competent to judge whether this ad is likely to be deemed arresting, effective, puzzling or laughable by its target audience. But you do have to wonder if the real “target audience” isn’t African-Americans likely to vote in upcoming Republican primaries (a very small audience, particularly if it’s limited to rap aficionados), or if instead it’s part of an effort to convince white conservatives that Carson is willing and able to cut into the overwhelmingly Democratic African-American vote in a general election. That’s a pretty compelling electability argument, particularly for primary voters who are in no position to question its credibility.

Maybe Ted Cruz should try to same gambit by running some ads with salsa music.