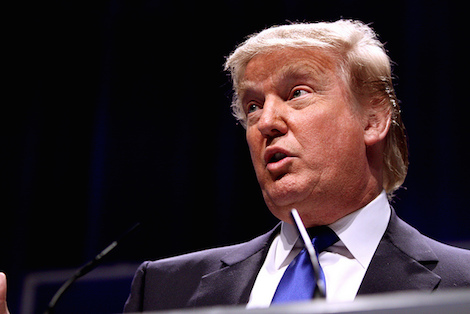 After the last GOP presidential debate, the Fox Business Network is determined to gloat about how much more accommodating they were to the candidates than CNBC. But there is a much deeper story about the relationship between television media and political campaigns than that kind of one-up-manship reveals. Michael Wolff captured that pretty well with a story titled: GOP Candidates are Hollywood’s Unlikely New Divas.

At some point, politics crossed over from being a civic obligation of television news to television news’ central business. The dutiful and high-minded became incredibly profitable, complicating the responsibilities and attitudes of journalists (and their managers), most recently in NBC’s exclusion from the Republican debate cycle over complaints about CNBC’s “gotcha”-style questioning.

The second factor that Wolff identified captures where the Fox Business Network failed to produce.

While news organizations see themselves as information seekers and reasonable moderators, their additional, and financially advantageous, role is to be disruptors. That media-led upheaval arguably has helped (or given hope to) every candidate save for Jeb Bush. But it also is a conÂ­venient bete noire by which nearly every candidate can gain an additional edge. It’s the double advantage of disruption: to benefit from it, and benefit from criticizing it — causing a further disruption…

It is almost impossible not to see everybody as a pawn in a larger game — or in someone else’s game. For TV news, this campaign is an unimaginable gift, one that, if conflict is maintained, will keep giving. For GOP candidates, the more volatile the season, the more everyone, save for the person at the top, benefits. For politicians, a no-argument issue that resonates with everybody, and that also produces more media attention, is to blame the media for, well, anything and everything.

For weeks after the CNBC debate, both the GOP candidates and media outlets were able to exploit the “disruption” caused by the complaints that were generated. Right now, everyone is busy patting each other on the back over how well they did…boring!

If Republican voters wanted an adult conversation about the issues, Donald Trump’s candidacy would have been toast a long time ago. And, of course, it was his inflammatory statements that fueled the biggest audience for presidential debates we’ve ever seen. Similarly, the recent reports about Ben Carson’s lack of truthfulness have produced eye-catching stories for the media. While Carson embraces the role of victim in all that, he also brags about how the conflict has sharply increased donations to his campaign. Disruption is what sells – for both the media and the candidates.

That’s why Wolff ends his article by saying that this campaign may be the first to highlight the co-dependence between these GOP candidates and the media…”each holding the other up, while bringing the other down.”