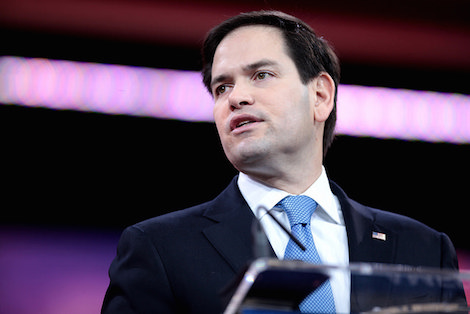 Paul Krugman has some wise words today about the reactions we are seeing from politicians in (understandably) France and (less understandably) the United States to the Paris attacks, and why putting a hatpin through our collective frontal lobes and treating ISIS as an existential threat to our way of life is a big mistake.

Think, for a moment, about what France is and what it represents. It has its problems — what nation doesn’t? — but it’s a robust democracy with a deep well of popular legitimacy. Its defense budget is small compared with ours, but it nonetheless retains a powerful military, and has the resources to make that military much stronger if it chooses. (France’s economy is around 20 times the size of Syria’s.) France is not going to be conquered by ISIS, now or ever. Destroy Western civilization? Not a chance.

So what was Friday’s attack about? Killing random people in restaurants and at concerts is a strategy that reflects its perpetrators’ fundamental weakness. It isn’t going to establish a caliphate in Paris. What it can do, however, is inspire fear — which is why we call it terrorism, and shouldn’t dignify it with the name of war.

The point is not to minimize the horror. It is, instead, to emphasize that the biggest danger terrorism poses to our society comes not from the direct harm inflicted, but from the wrong-headed responses it can inspire. And it’s crucial to realize that there are multiple ways the response can go wrong.

As Peter Beinart points out at the Atlantic, Marco Rubio’s response was even worse than Bush’s:

Rubio, by contrast, is going far beyond Bush. And he’s doing exactly what the Islamic State wants: He’s equating ISIS with Islam itself.

This is simply false. The Islamic State may hate tolerance, liberty, and women’s rights. But that’s not why its cadres attacked Paris.

A review of the organization’s history makes this point clear. The Islamic State began in 2004 as al-Qaeda’s Iraq affiliate, not because its then-leader, Abu Musab al-Zarqawi, discovered that female motorists populate America’s highways, but because America had just invaded Iraq. When the United States began withdrawing troops from the country, al-Qaeda in Iraq did not follow them home. It instead went to war against Iraq’s Shiite-led government. Then, after the uprising against Syrian President Bashar al-Assad began in 2011, it began fighting his Alawite regime as well, changed its name to the Islamic State in Iraq and Syria, and declared a caliphate in the territory it controlled. “For more than a decade,” notes the Georgetown University and Brookings Institution terrorism expert Daniel Byman, the Islamic State “focused first and foremost on its immediate theater of operations.”

According to Rubio’s logic, this focus makes no sense. If what motivates the Islamic State is hatred of liberal democracy, why has it spent years fighting the authoritarian governments of Syria and Iraq? And why did it reportedly down a Russian airliner last month? After all, Vladimir Putin’s Russia is not known for its commitment to liberal democracy either.

When I think of terrorism in France, I always think of the terror campaign waged by the ‘Organisation de l’Armee Secrete (OAS, or Secret Army) in the early 1960s aimed at stopping Algerian independence. It involved bombing attacks in both Algeria and France, and an attempt to assassinate Charles de Gaulle. The French did not knuckle under, and the crisis passed. I’m not saying the OAS and ISIS threats are the same, but the use of fear and intimidation to influence policy are the same, as is the rational equanimity that represents the best response.