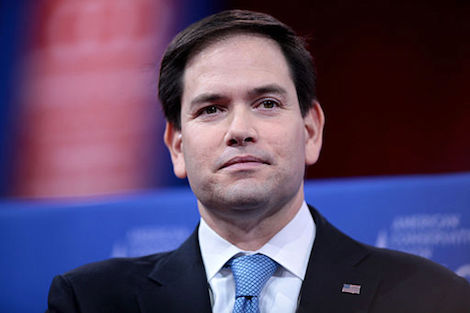 Everybody’s favorite conservative-leaning numbers-cruncher, RealClearPolitics’ Sean Trende, along with his RCP colleague, David Byler, has unveiled another gizmo for political animals to play with. The last one involved general election projections based on variable turnout rates and partisan preference percentages for particular demographic groups. The new gizmo is strictly focused on the GOP nomination contest, and shows you who wins how many delegates in individual states and cumulatively under various scenarios.

You can have many hours of family fun playing with the gizmo. But you might want first to listen to what Trende and Byler found in their own simulations:

One place that we can confirm the conventional wisdom is the idea that Southern states will do the winnowing. The early primaries are overwhelmingly – though not exclusively – held in Southern states. Interestingly, the exceptions tend to be Northern caucus states that have been surprisingly fertile ground for insurgent candidates; Rick Santorum ran well in many of these places 2012

The upshot of this is that a very conservative primary electorate will be eliminating candidates from the field early on. What you think the consequences of this will be plays a huge role in how your simulation ultimately plays out….

The corollary to this, however, is that Northern states with more moderate electorates will decide who the nominee will be. You can see a good discussion of this from Dave Wasserman at FiveThirtyEight here. This is similar to the phenomenon that Sean discussed in 2011: These late states are better suited for establishment candidates, so unless an insurgent candidate opens a huge delegate lead in the early states, the establishment would have a good chance at mounting a comeback….

The order in which candidates drop out matters. A lot. It didn’t surprise us that the order and rate of dropouts mattered. What surprised us was just how much it mattered. Consider a situation where Ted Cruz, Donald Trump, and Jeb Bush are the only candidates who emerge from the SEC primary in early March. Bush then has a huge advantage in the race that ensues, because he does well in the remaining proportional states and then cleans up in the late states while Cruz and Carson split the Tea Party vote.

However, if it is Cruz, Trump, Bush and Rubio, the dynamic is quite different. Under this scenario, it is very, very difficult to amass a huge win, and the possibility of a brokered convention increases dramatically. Of course, if one of the insurgents knocks out the other insurgents in the early races, yet two or three “establishment” candidates survive, that candidate could end up victorious in the winner-take-all states, thereby ending the race quickly….

[W]e did tend to find that one much-discussed outcome emerged repeatedly in our simulations: A race to the end between Ted Cruz and Marco Rubio, with Rubio holding an advantage. Perhaps this merely reflects our internalized opinions regarding how things play out. But based on current polling and the state of fundraising today, we found that Cruz, Trump and Carson were all able to rack up a fair number of delegates after the Nevada caucuses, while Marco Rubio was left as the leading establishment candidate.

Cruz then tended to perform well in the SEC primary, given the huge number of delegates awarded to the state of Texas (155). Cruz maintained his large lead going to the winner-take-all states, at which point Rubio usually mounted a comeback, followed by a barnburner of a race.

Check it all out, but don’t think of this as a video game. It’s real life.