Over the last several weeks students at college across the country have staged protests, of various degrees of intensity, about diversity on campus. How should college presidents deal with this?

Presidents (perhaps with the notable exception of Sen. Bernie Sanders’s wife, occasional college administrator Jane O’Meara Sanders) tend not to be big radicals, but they’re usually vaguely progressive and have sympathy with student desires for more inclusion and diversity.

From a piece in the (Springfield) Republican:

Amherst College President Carolyn “Biddy” Martin has declined to meet the specific demands of students protesting racism on campus, while saying she sympathizes with their concerns and is committed to improving outcomes for minority students and faculty.

In a statement released to the campus on Sunday, Martin said Amherst College would work to hire more diverse staff and expand the racial dialogue on campus.

But the protesters’ demands — including a formal apology from her office, the renunciation of Lord Jeffrey Amherst [sic]* as the school’s mascot and mandatory sensitivity training for students who anonymously placed posters criticizing anti-racism protesters at the University of Missouri — would not be immediately met, Martin wrote.

Martin is making a good decision to acknowledge that some the protester demands come from a reasonable place. But actually responding line by line to the demands—one of which is “President Martin must issue a statement to the Amherst College community at large that states we do not tolerate the actions of student(s) who posted the ‘All Lives Matter’ and ‘Free Speech’ posters” -would be very irresponsible and would, frankly, probably cause her to lose the respect of alumni and faculty. 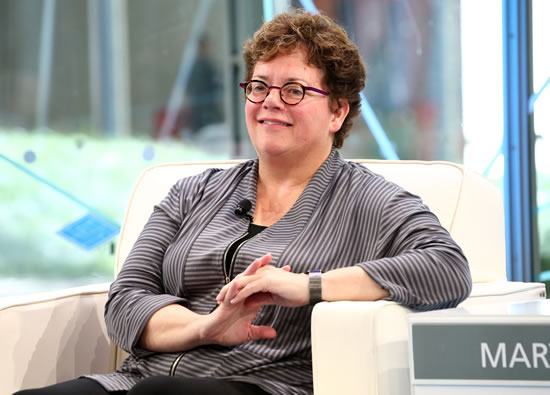 “When I met yesterday in my office with a small group of student organizers, I explained that I did not intend to respond to the demands… but instead to write a statement that would be responsive to the spirit of what they are trying to achieve—systemic changes that we know we need to make,” Martin wrote “I also talked about why apologies of the sort that were demanded would be misleading, if not downright dishonest, suggesting, as they implicitly would, that I or the College could make guarantees about things that are much larger than a single institution or group of people.”

The students are understandably responding to valid perceptions racial insensitivity, but college students have been issuing slightly ridiculous radical demands of their leaders for about as long as college students have been around. It’s what they’re supposed to do, but college administrators have to resist this. It’s almost never good for the proliferation of ideas to actually accede to such demands. The protests generate controversy; such things need not result in either draconian pseudo-legal crackdown or immediate administrative capitulation.

Furthermore, while Amherst College has a historic reputation as a school exclusively for the East Coast elite, it’s done very impressive work becoming more inclusive to low-income students and people of color in the last decade.

The school has always done very well in our annual ranking of service to the country, it’s number 18 overall among liberal arts colleges and number 22 in the Northeast for “bang for your buck.” It’s the rare private elite college that does right by the less fortunate students, at least by the magazine’s metrics.

I’ve observed Martin’s career for years. She was the provost at Cornell when I was there at the beginning of this century. I have to admit that my friends and I used to make fun of her sometimes for her tendency to use words creatively, Sarah Palin-style, when she got nervous when speaking in public. (“It is a disillusion that college is not the real world. This is the beginning of your adult life.”) But her subsequent career as a president at several colleges has been impressive.

At Amherst she’s worked to improve a historically elite school by increasing diversity, while at the same time retaining the school’s financially security. She’s shown an impressive ability to navigate a complicated and changing role. This latest incident seems similarly well handled.

* For some reason the Amherst College community routinely refers to its namesake as “Lord Jeffrey Amherst.” This is wrong; Field Marshal Jeffery Amherst, 1st Baron Amherst of Montreal, is correctly referred to as just “Lord Amherst.” I’m not sure why Americans continue to make such mistakes, even after 5 years of Downton Abbey.