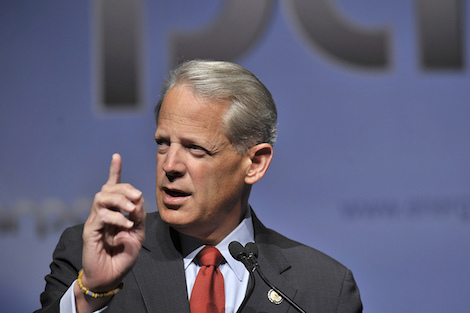 Yesterday the House passed HR 4038, the Orwellianly misnamed “SAFE Act” to limit the number of Syrian refugees able to enter the United States. The unanimous Republican caucus was joined by 47 Democrats, mostly in swing districts.

Most of the reporting around the Democratic defections centered around disagreements between many Democrats and the White House. The bill requires the specific signatures of three high-ranking officials to personally approve refugees into the United States, a burden that both Republicans and the White House believe would all but cease the flow of refugees into the United States because it is believed that said officials would be too fearful of the career implications should one of the detainees turn out to become even a mere criminal, much less a terrorist. Many Democratic congressmembers, however, believed otherwise and felt that the extra steps were not so problematic as to harm the prospects of legitimate refugees.

It goes without saying, of course, that all of this is yet another manufactured non-issue being ballyhooed by Republicans in order to stir up their xenophobic base and the occasional ignorant independent. Of all the ways for a terrorist to enter the United States, the refugee program is the slowest and the likeliest to get them caught. All of the Paris gunmen were European nationals, not refugees. If an Islamist terrorist group wants to come to the United States, all they need do is send European compatriots here on tourist visas. Meanwhile, ISIS also despises refugees and desperately wants western nations to reject them and send them back to Iraq and Syria to be used and exploited for skills, sex and labor. Once again, Republicans are acting in the most counterproductive way, doing ISIS’ dirty work for them while condemning thousands of people to near certain death–all so they can whip up the basest sentiments from America’s most fearful, least moral and most ignorant voters.

What’s more, the Democrats who voted for HR 4038 know this very well. Those 47 Democrats acted purely out of fear of electoral consequences in November if they voted no. And why? Because former DCCC chair Steve Israel and an unnamed senior colleague told them to be afraid:

In several meetings, Rep. Steve Israel (D-N.Y.) presented fellow Democrats with polling data showing that lawmakers who didn’t support tighter restrictions would be in the sharp minority. As former head of the Democratic Congressional Campaign Committee, Israel is often called on to give advice on electoral matters. And while he didn’t explicitly encourage members to vote for the SAFE Act, the implication was clear: you will be vulnerable if you don’t support the only piece of refugee-related legislation that has gotten a vote after the Paris attacks.

“I present polling data on a weekly basis to inform my colleagues of where the American electorate stands on current issues, and this week was no different,” Israel told The Huffington Post. “I also reiterated more than once that I was in no way telling Members how to vote and that they should listen to the Ranking Members with policy expertise on this issue.”

A second senior Democrat warned of the electoral consequences of opposing the bill during a meeting of Democratic whips, who are charged with corralling votes on a given issue. This Democrat told the room that the bill “doesn’t hurt the refugee process, so put a certification stamp at the bottom and move on,” according to a lawmaker who was present. “Don’t let this non-issue become a battering ram against Democrats.”

That all sounds reasonable until you consider that 1) both the White House and the GOP believe that HR4038 has a far more chilling effect than a simple certification stamp; and 2) Steve Israel and his unnamed colleague are basing electoral projections for next year on polling conducted this week, on an issue that is very new and poorly understood by the American people.

It’s not at all surprising that many Americans are very angry about what happened in Paris, and are quite concerned by the prospect of immigrants from Syria and Iraq relocating to the United States. That’s a natural reaction for average voters who don’t obsess over current affairs. But it’s also an immediate panic reaction that can and should dissipate as the reality of the refugee crisis settles in and clearer heads prevail in reaction to the attacks in Paris. Unlike with abortion or gun control, public opinion about refugees is fluid and subject to persuasion.

While the numbers do look bad for Democrats in the moment, it is actually a golden opportunity to stand strong for the American values on the Statue of Liberty, weather the initial storm of xenophobic panic, and strike back at Republicans for their vicious fear mongering. Nor is it at all clear that voting “yes” on this bill will inoculate Democrats in any way from attack ads coming in November of next year: after all, more votes on refugees are coming up soon in the House that will be just as difficult and open to exploitation by dishonest attack ads, and in any case the fortunes of House Democrats in swing districts will be tied to the actions of the President and their fellow partisans in the Senate. There really isn’t much upside for an endangered Democrat to vote “yes” on the bill, regardless of initial appearances.

While the White House clearly didn’t do a good job of communicating the problems with the bill–and while the ultimate villain here is of course Republicans for sponsoring callous, life-threatening legislation for the most cynical of reasons–the blame for House Democratic defections lies squarely on the shoulders of Steve Israel and his diffident senior colleagues for leading the caucus astray.