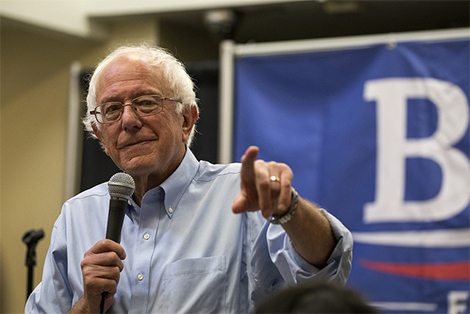 Here’s something fun to look at this morning. Morning Consults conducted a massive poll to see how constituents feel about their U.S. Senators. They discovered that Bernie Sanders is more popular among his own constituents than any other senator. He has a very impressive 83%-13% approve/disapprove rating with Vermonters.

For example, troubled Senator Bob Menendez of New Jersey who is facing 14 criminal counts, including eight for bribery, has the lowest approval rating (37%) of any member of the Senate. But with only a 36% disapproval rating, he’s actually plus-one in net approval.

The most troubling result for the Republicans is that several of their senators who are up for reelection next year are near the bottom in the approval ratings. Wisconsin Senator Ron Johnson is in 97th place, and Mark Kirk of Illinois and Rob Portman of Ohio are tied in 91st place. Richard Burr of North Carolina is in 88th place and Roy Blunt of Missouri is in 84th place. Meanwhile, John McCain is tied with Pat Roberts of Kansas in 2nd place for highest disapproval, and Rand Paul is tied with Democrat Jeanne Shaheen of New Hampshire in eighth place.

Some other things of note: the voters in Vermont, Wyoming, Minnesota, and Maine basically love their senators. The voters in Kansas and Arizona basically hate theirs.

Other than Bernie Sanders, the least unpopular senators are John Hoeven of North Dakota, John Barrasso of Wyoming, Susan Collins of Maine, and Tim Scott of South Carolina. If you look at the most popular, you drop Tim Scott from the Top 5 and add Patrick Leahy of Vermont.

One thing that is noticeable to me from these results is that there isn’t any strong correlation between how much media attention a senator gets and how popular or unpopular they are. Some of the most popular senators are rarely seen on television, and the same is true of some of the most unpopular. The people of Kansas seem to be unhappy with Pat Roberts and Jerry Moran because they’re unhappy with their Republican governor, Sam Brownback, who recently was rated the least popular governor in the country in a different Morning Consult survey.

So, how popular are your senators?