Attorneys in a case about mismanagement at schools run by the for-profit Education Management Corporation have reached a settlement. According to this piece in the Pittsburgh Tribune-Review “EDMC agrees to $95.5M settlement, will improve recruiting process.”

But, and it pains me to type this, really, this is $95.5 million worth of nothing. EDMC has to write a big check, sure, but it’s oddly a whole lot of money that won’t do a damn thing.

As Goldie Blumenstyk writes at the Chronicle of Higher Education:

The deal actually won’t do a whole lot for the thousands of students who may have been pressured to enroll by the company’s admissions recruiters over the past decade.

In fact, some of the biggest financial beneficiaries will be the lawyers for the four sets of whistle-blowers who brought the allegations of “boiler room”-style recruiting to light, beginning in 2007. The federal government joined the lawsuit in 2011. Assuming the company pays the full amount — it has a payment schedule that runs until 2022 — the lawyers will receive nearly $20 million of the total.

As the writer explains, the agreement “makes no specific provision to help students who are still on the hook for billions of dollars in federal student loans they obtained to attend EDMC institutions.” 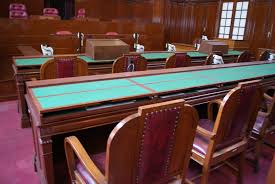 The reason EDMC has to pay any money at all is due to extensive evidence that the company, which owns diploma mills like Argosy University, Brown Mackie Colleges, and South University, paid money to admission staff for recruiting students, which is illegal.

The company does not have to admit wrongdoing as a result of the settlement. What’s more, as Stephen Burd explains

The settlements have not only given cover to the individual companies but to the for-profit higher education sector as a whole. The fact that nobody has been found guilty of anything (with the exception of Corinthian) has allowed the industry, as well as its backers on Capitol Hill and Wall Street, to remain in denial about the extent of the abuses that have occurred and the damage that has been done to students. Instead, these settlements have, in recent years, made it many times easier for for-profit college leaders and lobbyists to portray themselves as innocent victims of a partisan witch hunt, as they have fought efforts by the Obama administration and Senate Democrats to rein in the industry’s worst players and practices.

These settlements have also made it more difficult for students who have been the victims of the fraud to get the relief they deserve [because evidence of abuses that have been unearthed are sealed].

That’s the problem with attending a for-profit college. It turns out even after widespread understanding of the problem and extensive litigation the victims still get screwed.