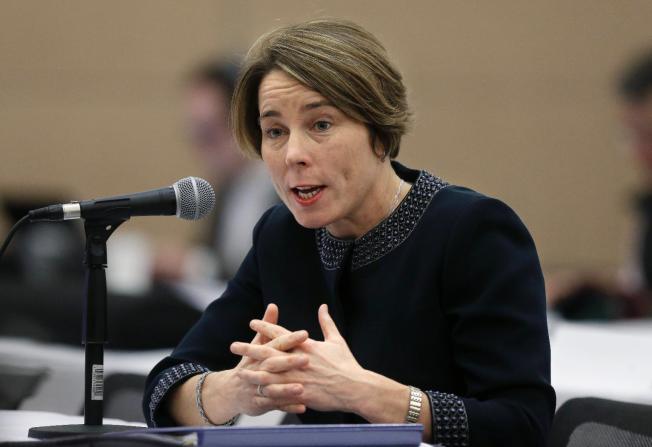 Healey says with so many families falling behind on student loan debt, a new “cottage industry” of debt relief companies has crept into the market.

“These companies charge students money for services that are actually available to them for free,” Healey said at press conference Tuesday. “We see this industry of so-called debt relief companies that have sprung up, oftentimes pretending to be affiliated with the federal government and promising students that they will help them reduce their payments.”

The Attorney General says these companies often leave students with more debt, so she’s banning two of them from the state — Direct Student Aid and Student Loan Processing.

The two companies have agreed to pay the state $96.000 to settle allegations of fraud. Healey’s office says 200 students may be eligible for relief.

“Massachusetts may be geographically small, but it has pretty disproportionate jurisdiction just because of the concentration of institutions,” Nassirian said.

Still, Nassirian adds, state regulation can only go so far. He says the poor job the U.S. Education Department is doing in managing loans creates opportunities for these private companies, and only lawmakers can fix that.

“The proper solution is to put competent financial overseers in charge of the student loan system,” Nassirian said. “The root of the problem is with the poor quality of the service that taxpayers are paying for.”

Until that improves, Healey’s office will be running a special unit designed to help students get out of default, and work with those students to help them apply for income-based repayment plans.

Healey’s office says student borrowers who are interested in learning whether they are eligible for relief should visit Student Lending Assistance or call the Attorney General’s Student Loan Assistance Hotline at 1-888-830-6277.